SANDY — Walt Disney helped the world understand the importance of creativity and imagination.

That statement was the inspiration for the Boynton Family to transform a used armoire into a delightful puppet playhouse, a place where imaginations can be set free into a world of make believe.

Anna Boynton, who works for our Division of Emergency Management as an outreach coordinator in the Be Ready Utah program and as the DPS Tribal Technical Consultant, explained that her family members have purchased Christmas trees in the past at the annual Festival of Trees fundraising event for Primary Children’s Hospital.

But this year, 12 members of the Boynton family (ages 6 to 74) and a neighbor got together, and over a period of a couple of months worked to create felt backdrops, sew curtains, purchase puppets, install remote-controlled lighting, remove doors, work the wood and paint the armoire blue, yellow and red.

When it was finished, they donated their work to the Festival of Trees. 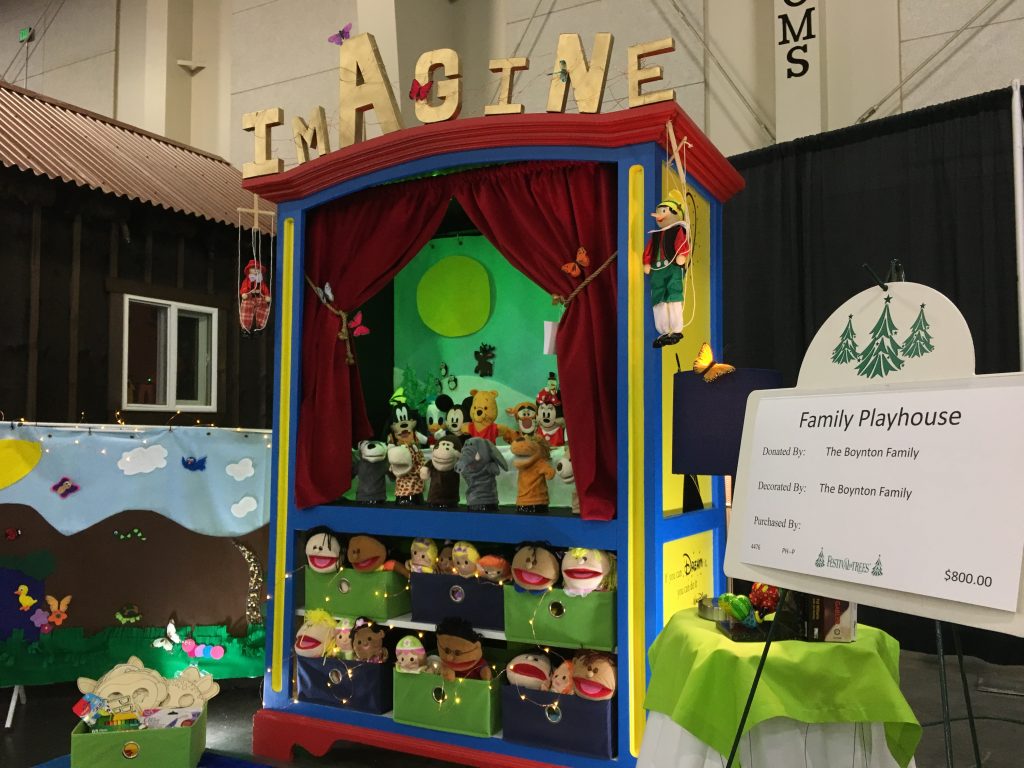 A delightful puppet playhouse donated by the Boynton Family to the Festival of Trees 2017.

The Festival allows people to decorate Christmas trees (this year there were 720 trees), wreaths, gingerbread houses and playhouses, which are sold at silent auction with the proceeds going to Primary Children’s Hospital to supplement charity care costs for the hospital’s patients. Each year, the hospital gives away about $60 million in charity care, which is care for patients who don’t have the ability to pay. The hospital has a longstanding policy of never turning away a patient.

In 2016, the Festival raised $2.6 million for the hospital’s charity care.

Based on their expenses for the puppet playhouse, the Boynton Family opted to set their asking price at $800.

“We felt like that was a good place to start for the bids,” Anna said. And then they waited, not knowing if anyone would want to purchase their work.

Imagine their surprise when online bidding opened Nov. 28 and the bids started rolling in, 113 in total, with the winning bid coming in at $5,001.

“And that part, it’s hard not to get emotional about,” Anna said.

Like Walt Disney taught, Anna says, it’s important for kids to grow up but they need to carry creativity and imagination through their lives.

“We are just really, really thankful that all of this has come together so well, and we are looking forward to next year,” Anna said. 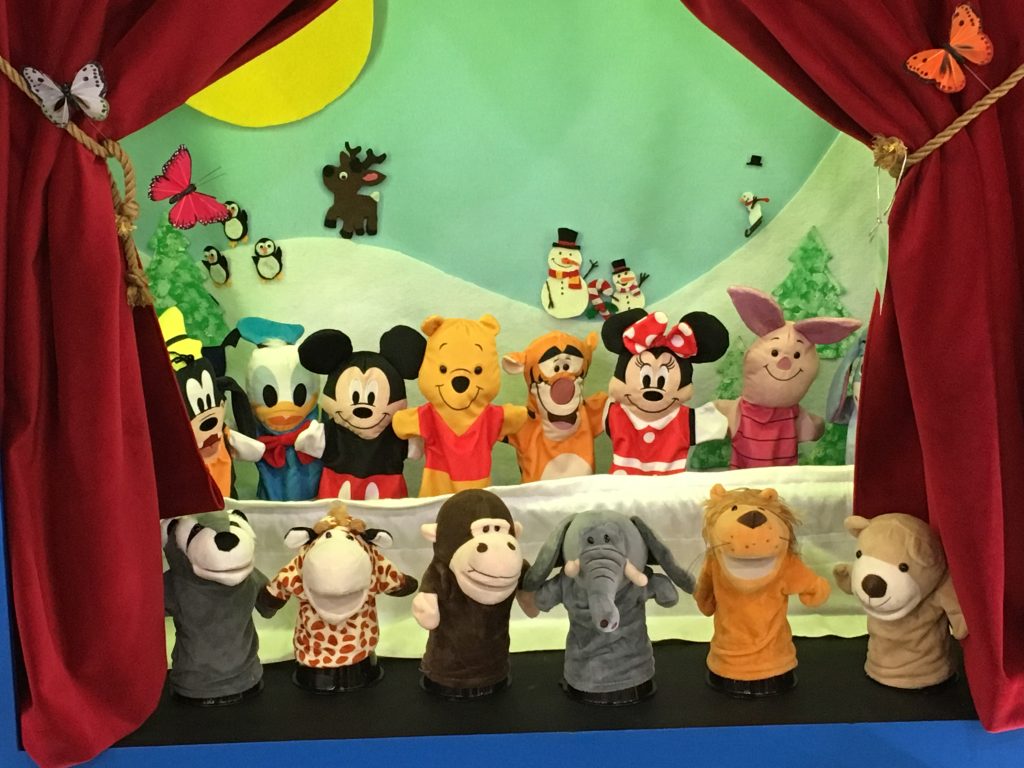 Some of the three dozen puppets that come with the puppet playhouse, which was sold during the Festival of Trees fundraising event for Primary Children’s Hospital

The Department of Public Safety was delighted to learn of employees who are using their personal time and talents to contribute to the success of the Festival. Another DEM employee, Tara Behunin, is serving on the Festival board for the first time this year. Her family has been involved with the Festival for 26 years, assisting with tree deliveries.

The Festival of Trees, going on now at the South Towne Expo Center in Sandy, closes Dec. 2.