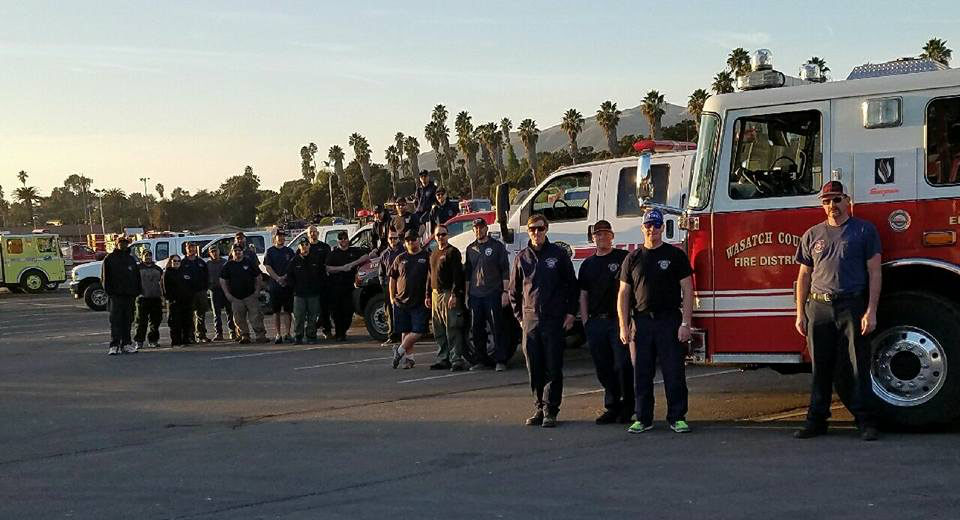 SALT LAKE CITY — They’ll be home for Christmas, and not just in their dreams.

Most of the 100-plus firefighters deployed to California this month to battle the Lilac and Thomas fires are now on their way home and all should arrive before Christmas.

For the most recent Thomas Fire, burning in Ventura and Santa Barbara counties, the fire agencies were divided into five task forces. Three of those task forces left for Utah Tuesday and should arrive today (Dec. 20):

A fourth task force, as well as the Draper engine and crew, are expected to leave Wednesday, Dec. 20:

The fifth task force to demobilize, North Utah 1 (Unified Fire Authority, West Valley City), is expected to get on the road Saturday, Dec. 23.

Utahns from each of these jurisdictions should be proud of their service.

“Utah was asked to help a fellow state in need, and our firefighters selflessly rose to the occasion,” said Kris Hamlet, director of the Utah Division of Emergency Management (Utah DEM). “They were a tremendous asset, and their service was acknowledged as such by the State of California.”

Joe Dougherty is the public information officer for the Utah Division of Emergency Management
jdougherty@utah.gov