The operation included 6 Troopers, 3 spotters, and 1 driver that focused on distracted drivers in Salt Lake County. This took place on I-15, I-215, and I-80, and utilized a black sixteen-passenger van that will transport the spotters. The spotters looked for distracted drivers, mainly focusing on the manipulation of cell phones, and passed the violation onto other troopers. The enforcement troopers conducted traffic stops on the motorists. Traffic citations and warnings were issued with the goal of getting the motoring public to put down their cell phones and focus on driving.

The media was invited to participate and the operation received a good deal of coverage. 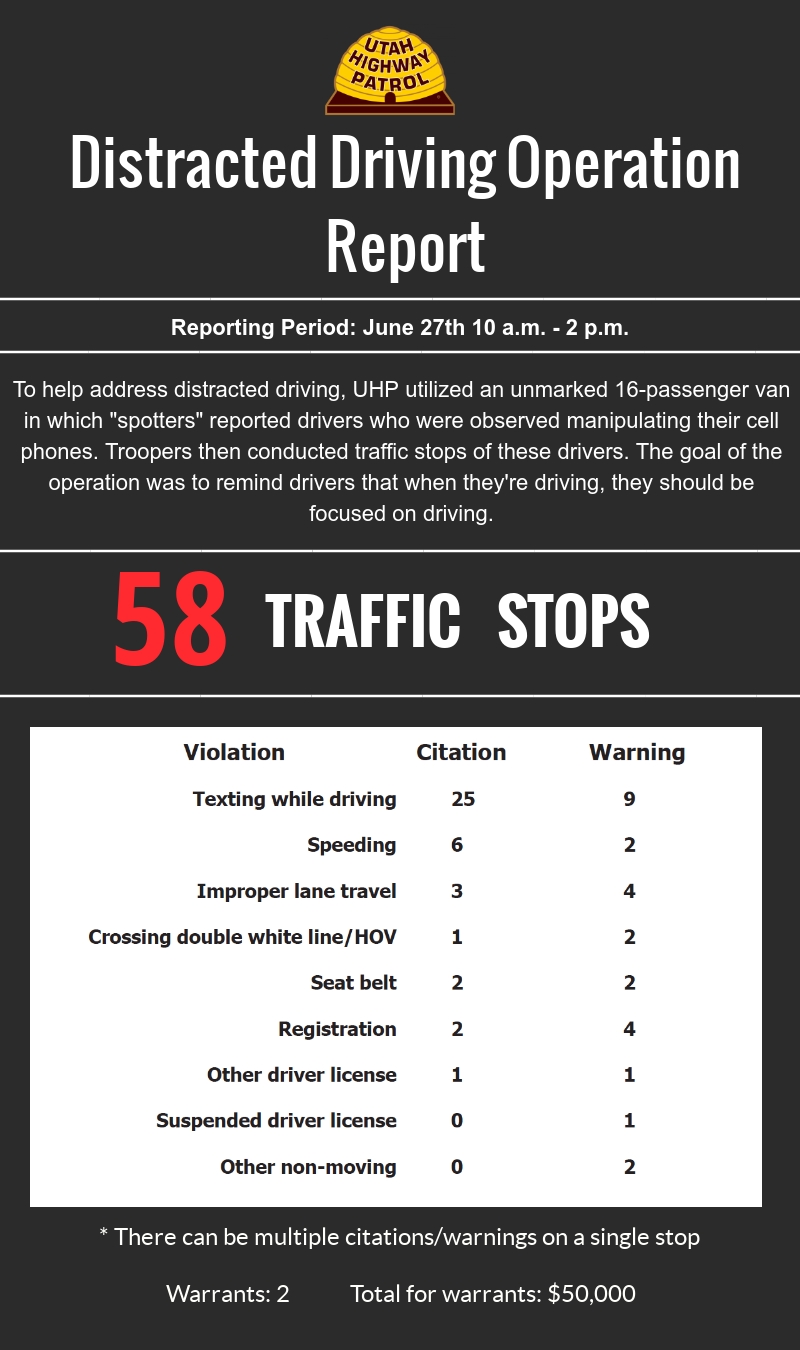 Cell Phone Use is Ubiquitous

Distracted Driving is a Growing Problem

Cell Phone Use in Crashes is Under-Reported

Additional information on distracted driving can be found at