The Department of Public Safety’s (DPS) Fire Marshal’s Office is assisting fire investigators in Northern Oregon. The Bureau of Alcohol, Tobacco, Firearms and Explosives (ATF) announced that its National Response Team (NRT) has joined the investigation into the Underwood Fruit and Warehouse Company Fire that occurred on October 18, 2017 at approximately 5:30 AM. The fire destroyed a large fruit packaging building causing millions of dollars in damage. Part of the NRT is K9 fire marshal, Oscar, and his handler Deputy State Fire Marshal Troy Mills.

This is Oscar’s first out of state assignment. Because he is one of 53 accelerant detection dogs in the country, his expertise was called on by investigators. Oscar and his handler were deployed to Oregon on Friday, October 20.

Over the next several days, ATF Certified Fire Investigators along with multiple other subject matter experts from across the country will work alongside local investigators to sift through debris, reconstruct the scene, and conduct interviews to identify the origin and cause of the fire. Oscar will specifically help with determining the cause of the fire.

Within the state of Utah, Oscar has assisted in more than 100 fire investigations. He has been part of DPS’ Fire Marshal’s Office since 2014.

To learn more about Oscar’s expertise and how he helps Utah and fire investigations across the state, watch the video above. 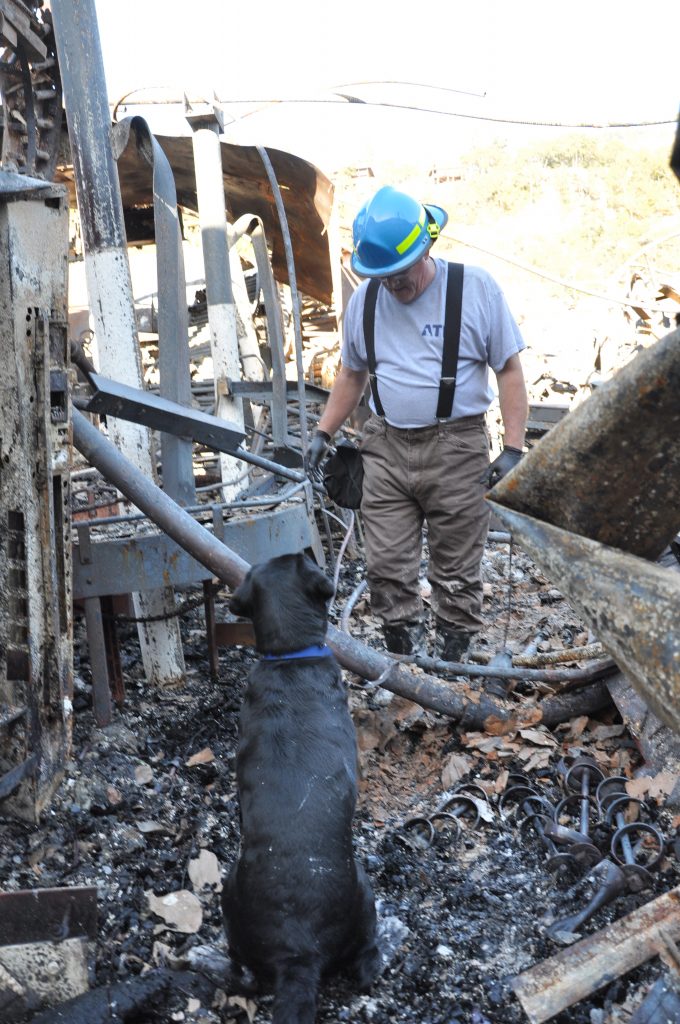 Oscar and his handler, Troy, from the Utah Fire Marshal’s Office. 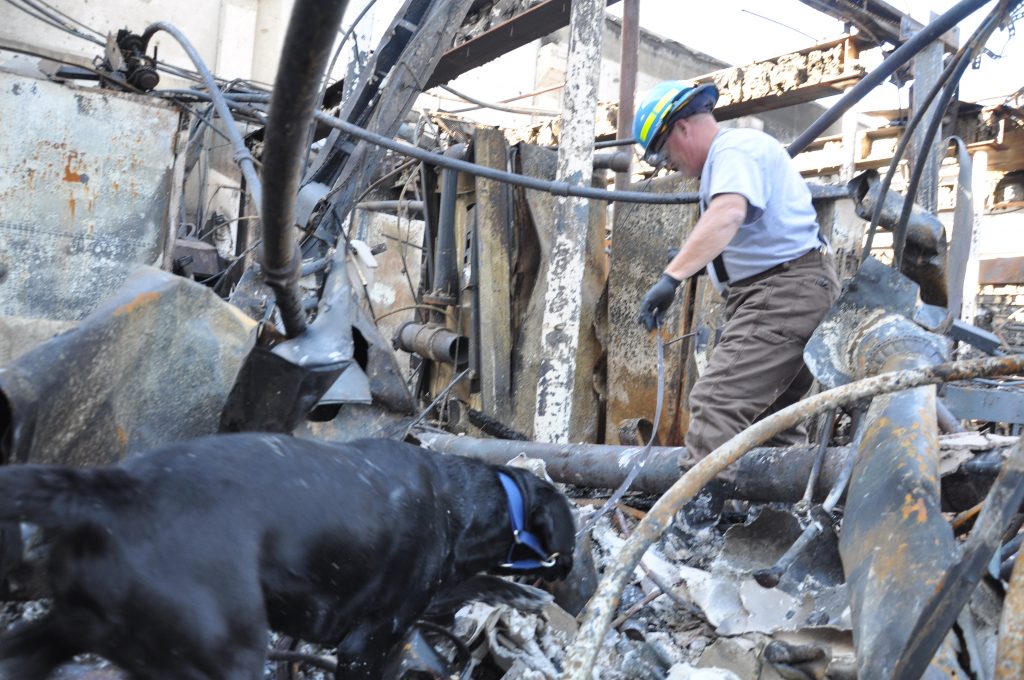 Oscar and Troy combing through debris in Oregon. 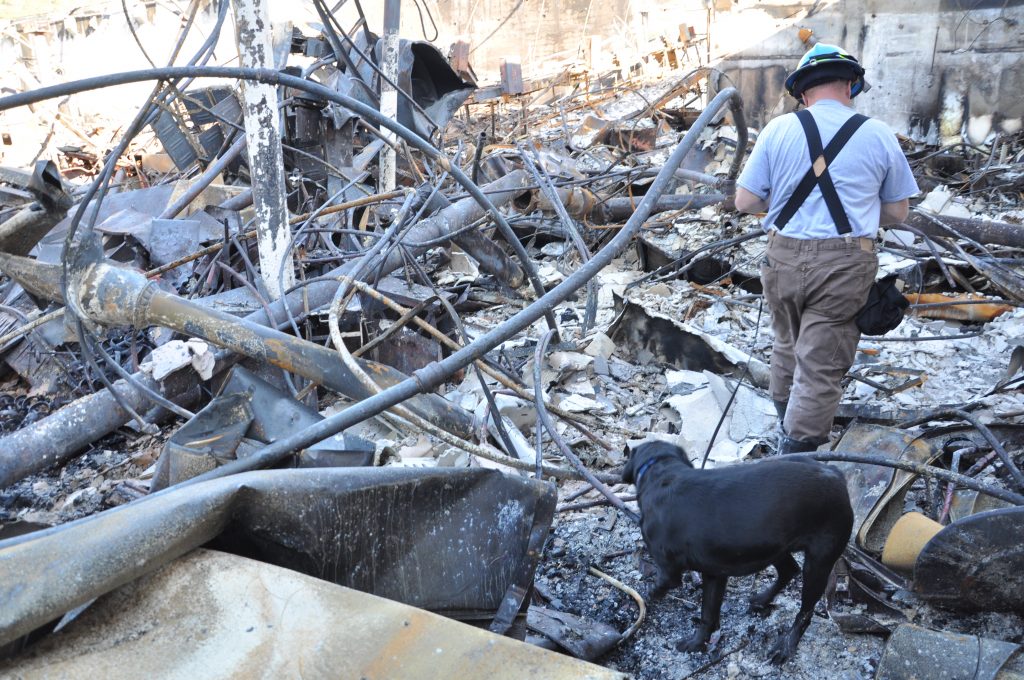 Oscar is one of 53 accelerant detection dogs in the country.