On October 12, 2018 at approximately 0640 hours, a semi traveling northbound near milepost 129 on I-15 had an equipment failure and lost both right rear wheels of its trailer. One wheel came to rest in the southbound left lane of I-15. A white F150 struck the wheel and shortly after a gray Dodge Ram pulling a U-Haul trailer struck the wheel. The F150 was disabled in the right emergency lane and the Dodge pulling the U-Haul jackknifed and was disabled blocking the left lane. A silver Chevrolet Tahoe approached the crash scene and slowed in the right lane. A semi pulling a conex trailer slowed behind the Tahoe. An Old Dominion Semi pulling double trailers failed to slow in time, striking the semi pulling the conex. This collision pushed the semi with conex into the silver Tahoe. These three vehicles were disabled blocking the right lane. Traffic was able to get through the crash scene staying in left lane past the three vehicle crash then changing to the right lane to go around the Dodge with the U-Haul trailer. The left lane was cleared within twenty minutes and the right lane was blocked for approximately 3 hours. Two passengers of the silver Tahoe, young girls ages 8 and 13, were transported to the hospital by ambulance as a precaution after sustaining possible injury. The co-driver of Old Dominion Semi was transported to the hospital by ambulance with non-life threatening injury also as a precaution. The driver of Old Dominion Semi was transported to the hospital by ambulance with a non-life threatening lower extremity injury.

Fortunately, all occupants were wearing seat belts other than the co-driver who was in the sleeper berth of the Old Dominion Semi. Otherwise, the results of this crash may have been much worse. 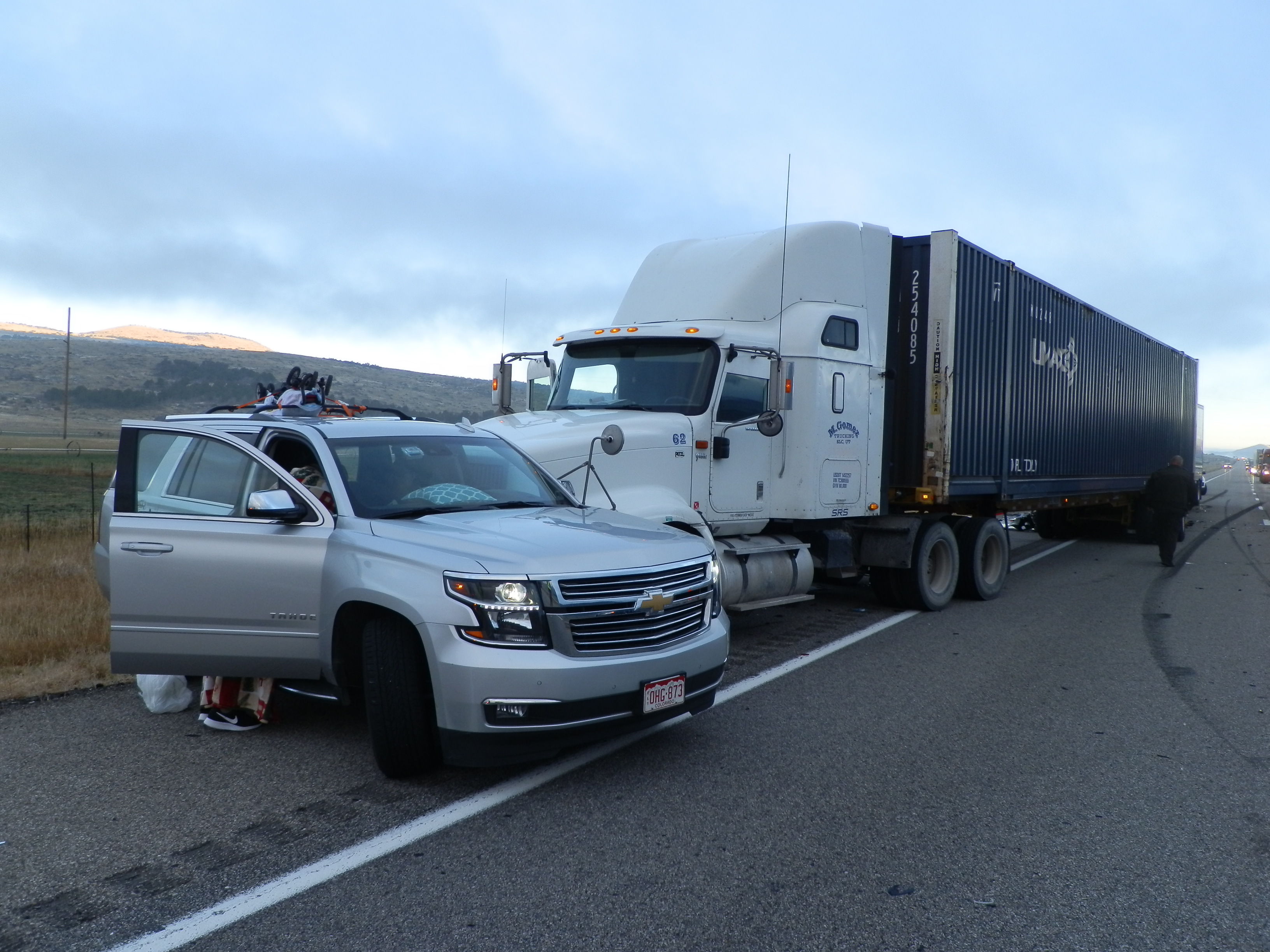 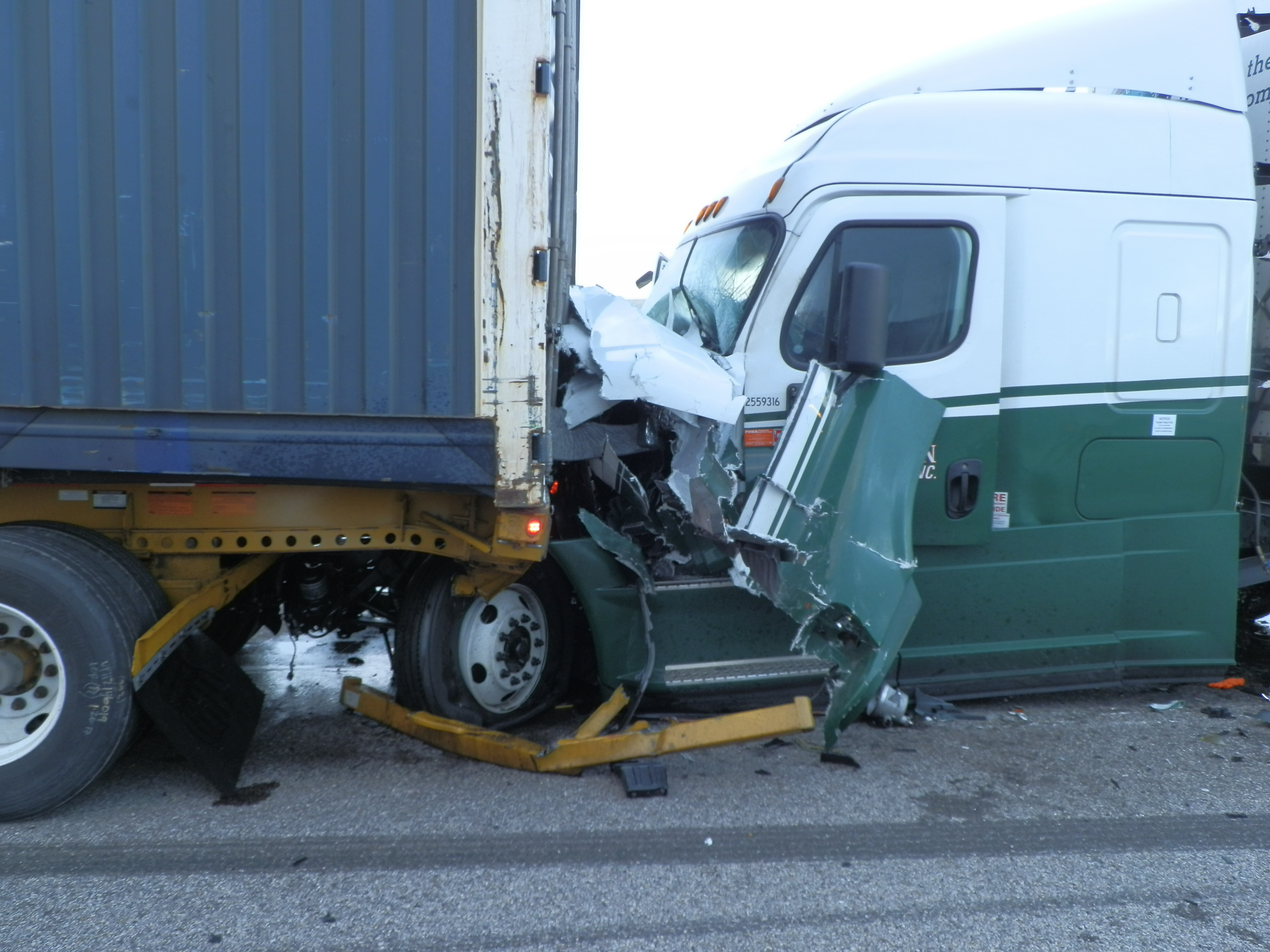 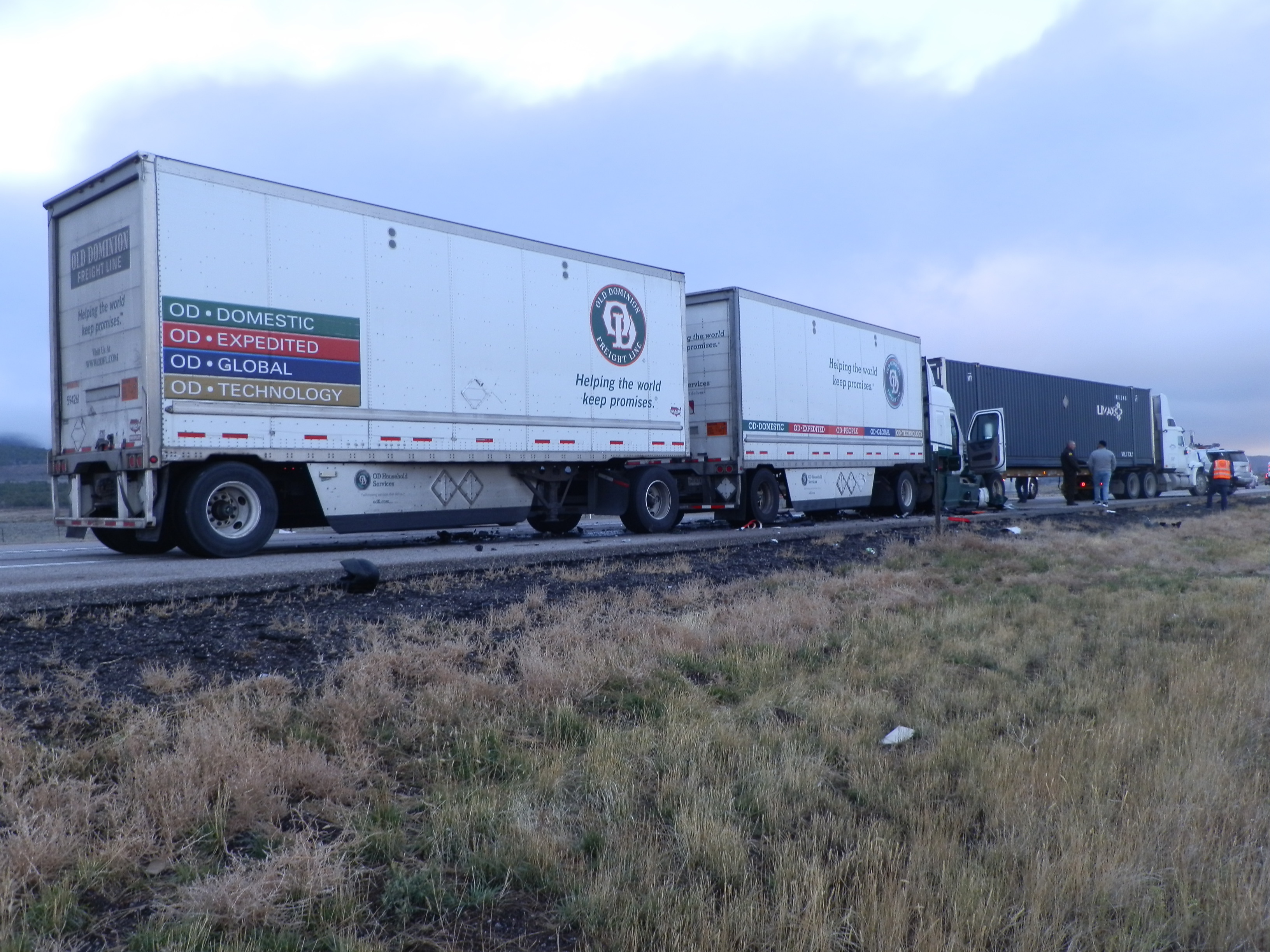