Initial Description:
A loaded tour bus was following a 2019 Yukon XL eastbound at the 65mph limit, with several cars behind the bus. The male Yukon driver activated the right turn signal and slowed, preparing to turn onto a gravel county road. The bus driver could see that there were no oncoming vehicles, and appropriately signaled before moving into the oncoming lane to pass the slowing Yukon. Just as the bus came alongside, the Yukon driver decided to turn left instead of right. The Yukon driver swerved to the left, directly into the path of the bus. The bus impacted the Yukon squarely on the driver and left rear passenger doors, in T-bone fashion. The bus carried the Yukon off the left (north) side of the highway, where the Yukon rolled several times. The male driver of the Yukon and a male passenger seated behind him were transported by helicopter to Dixie RMC. A female passenger was also severely injured, and was airlifted to Dixie Regional after ground transport to the Kane County Hospital. No passengers on the bus were seriously injured or required further treatment after transport to Kanab on a county bus. The driver of the bus was treated at the scene by EMS personnel, and was not transported. 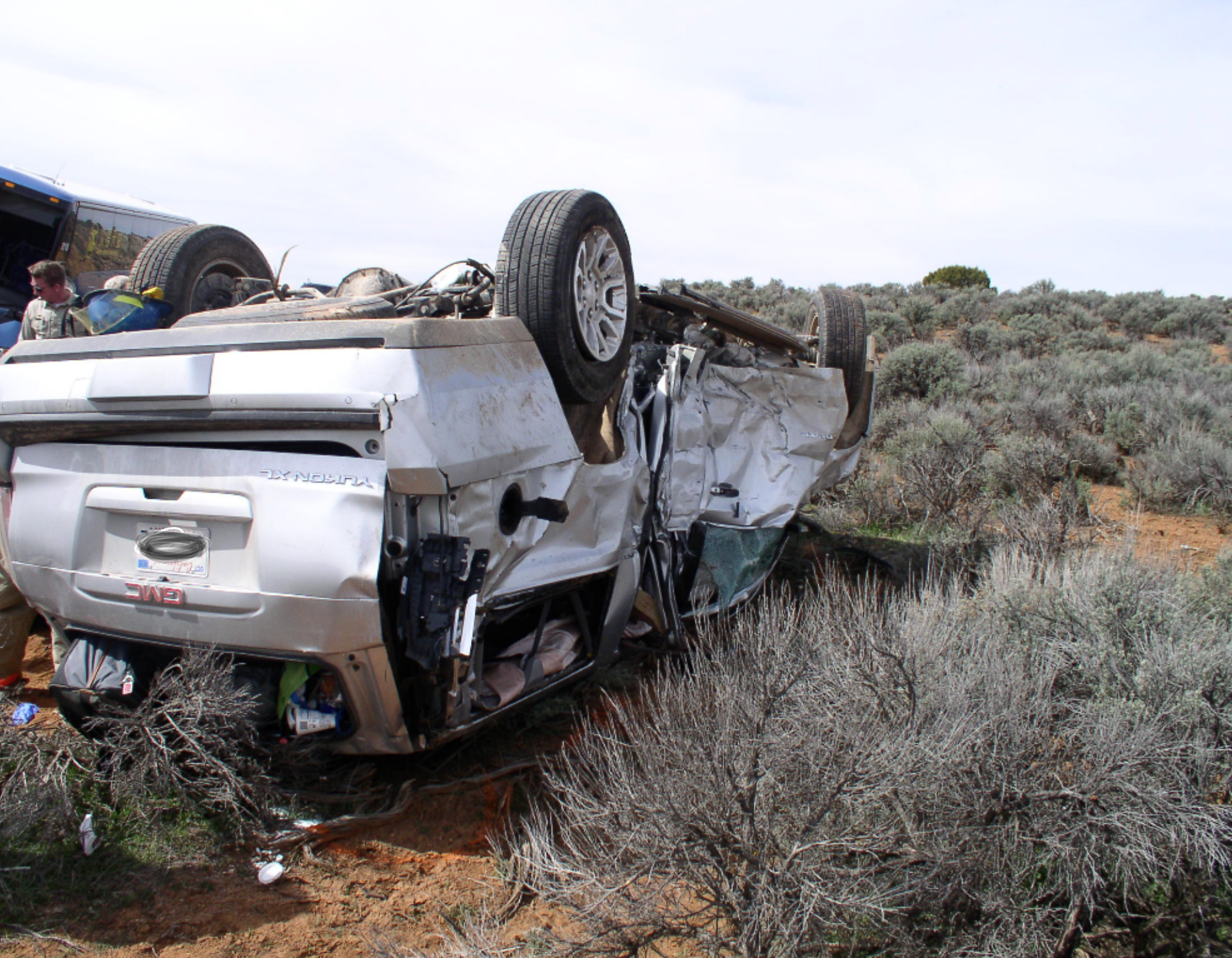 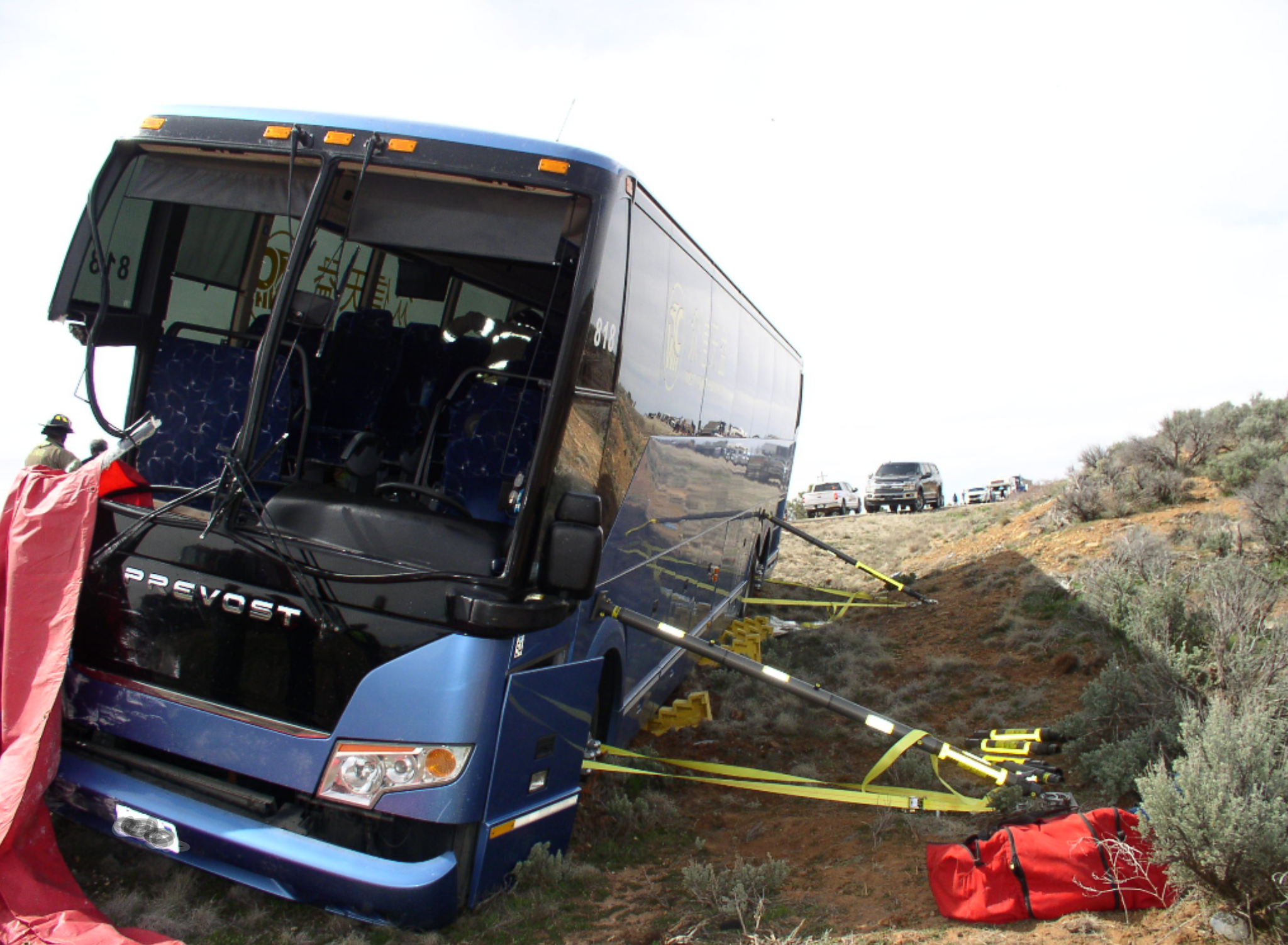 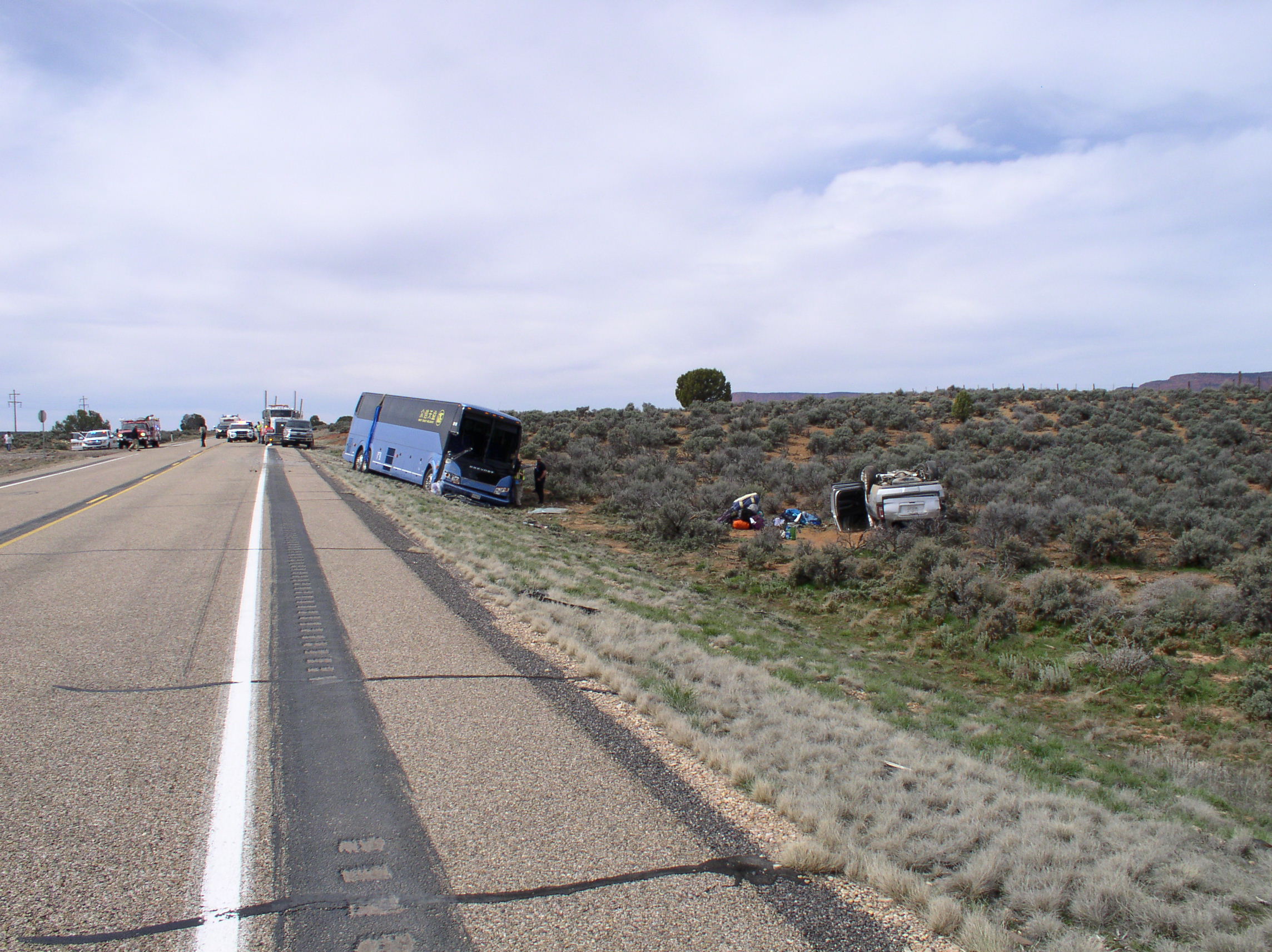