On December 31, 2017 at approximately 11:00 p.m. a Greyhound bus traveling westbound from Green River went off the right shoulder of interstate 70 near mile marker 113. The bus traveled into a steep wash and came to rest approximately 200 feet off the interstate. The bus was occupied by 12 passengers and the driver. A 13 year old female passenger was deceased on scene. The bus driver and two of the passengers were transported by air ambulance in serious condition, one to Grand Junction, Colorado and the other two to Utah Valley Medical Center in Provo. All of the other passengers except one suffered various injuries and were transported by ground ambulance to hospitals in Price and Richfield, Utah. The cause of the crash is still under investigation at this time. 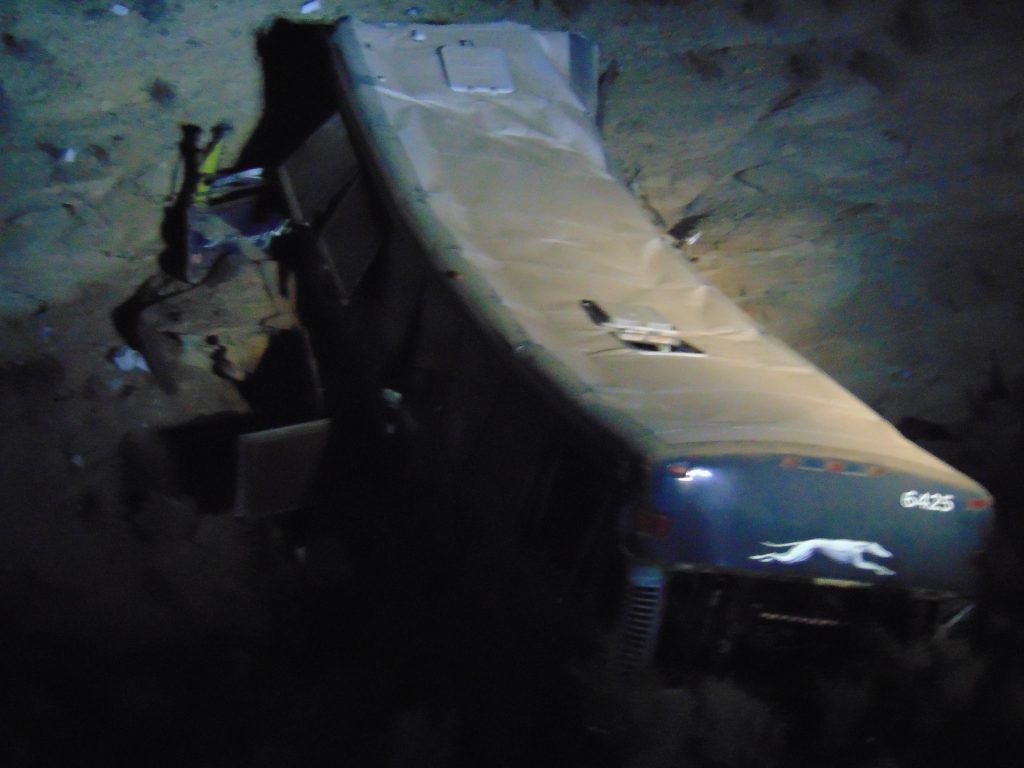 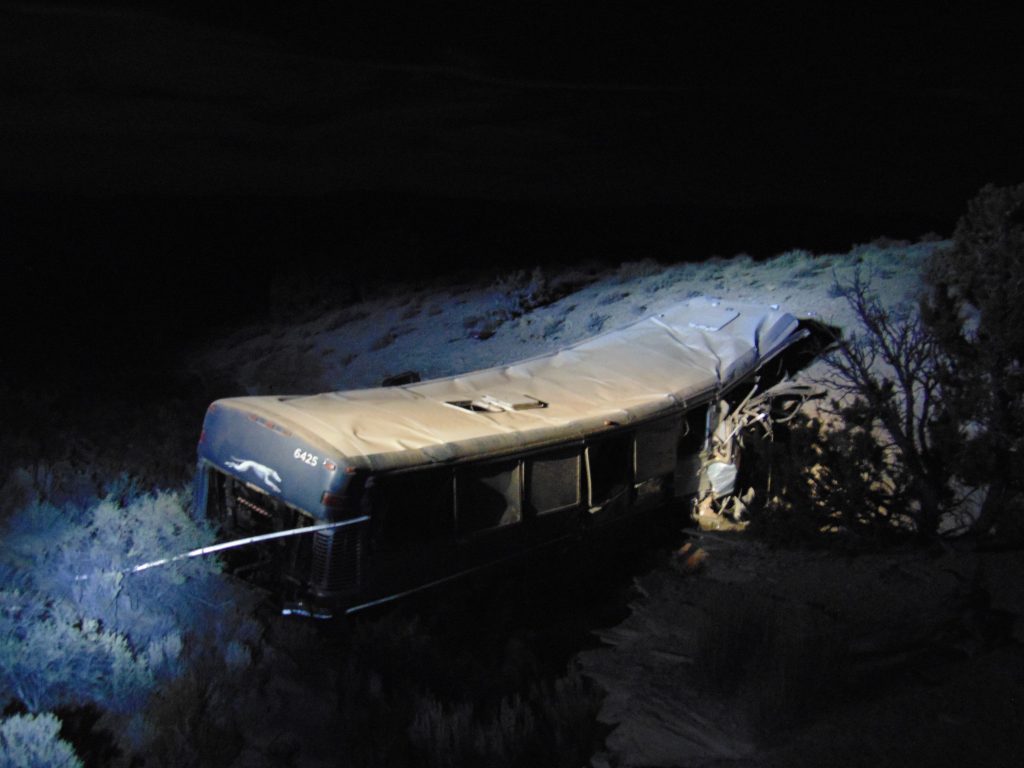 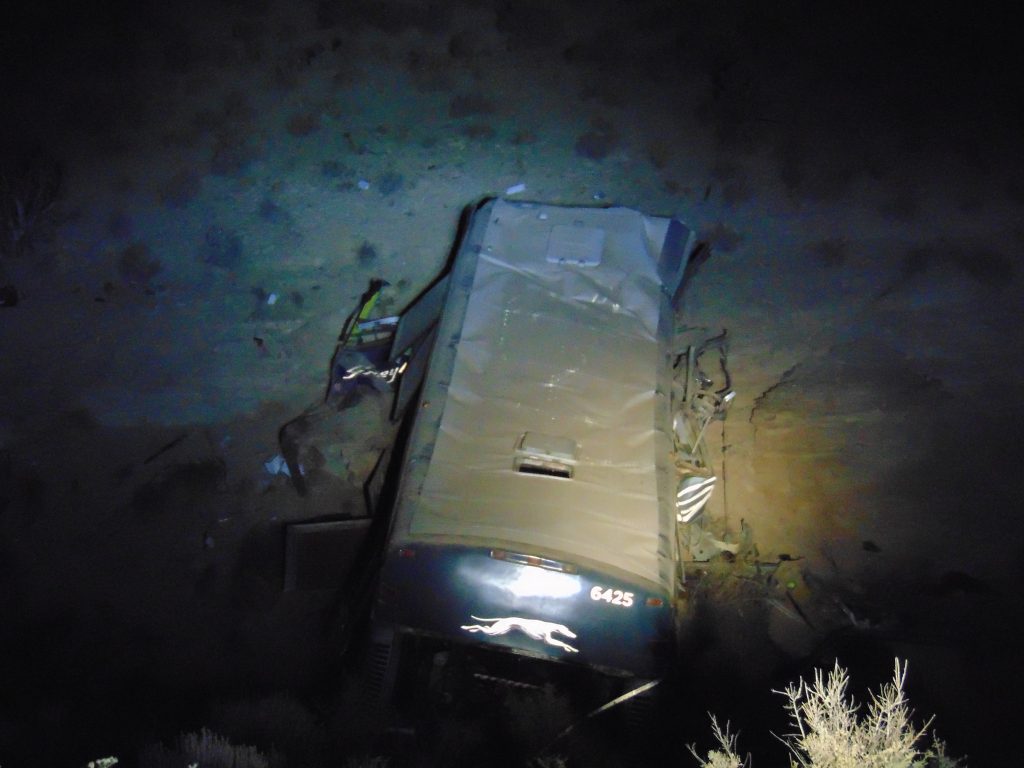 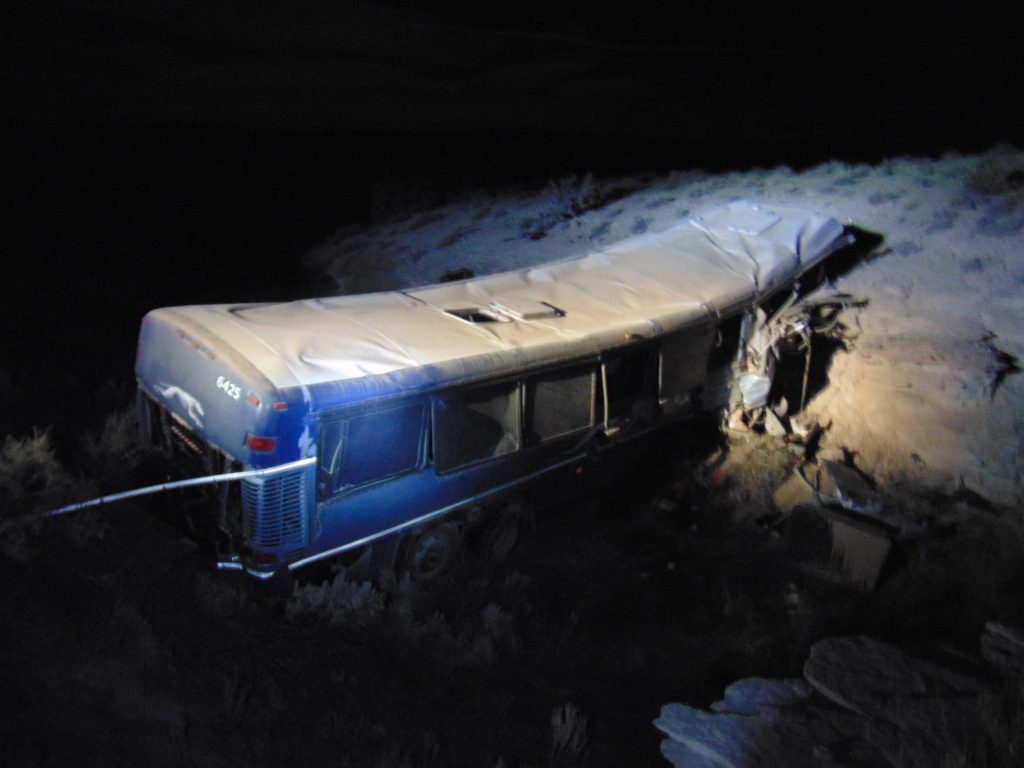