On 9/27/19 at about 1000 hours on SR-24 near mile post 102, 13 miles west of Hanksville, a blue Volkswagen Jetta was driving east when it slowed to, or nearly to, a stop in the lane of travel. A black Dodge Durango was driving behind it and failed to see the Jetta stopped. The Durango struck the rear end of the Jetta, causing it to roll upside down off the roadway. The male driver of the Jetta was killed. The Jetta passenger, his wife, was seriously injured and flown to St. Mary’s Hospital in Grand Junction, CO. The two occupants in the Durango were taken by ambulance to the Sevier Valley Regional Hospital in Richfield with minor injuries. No drugs or alcohol were suspected as contributors to the crash, seatbelts were used. The two Jetta occupants were from Melbourne, Australia. The two Durango occupants were from Austria and Switzerland.

More information will be provided as it becomes available. 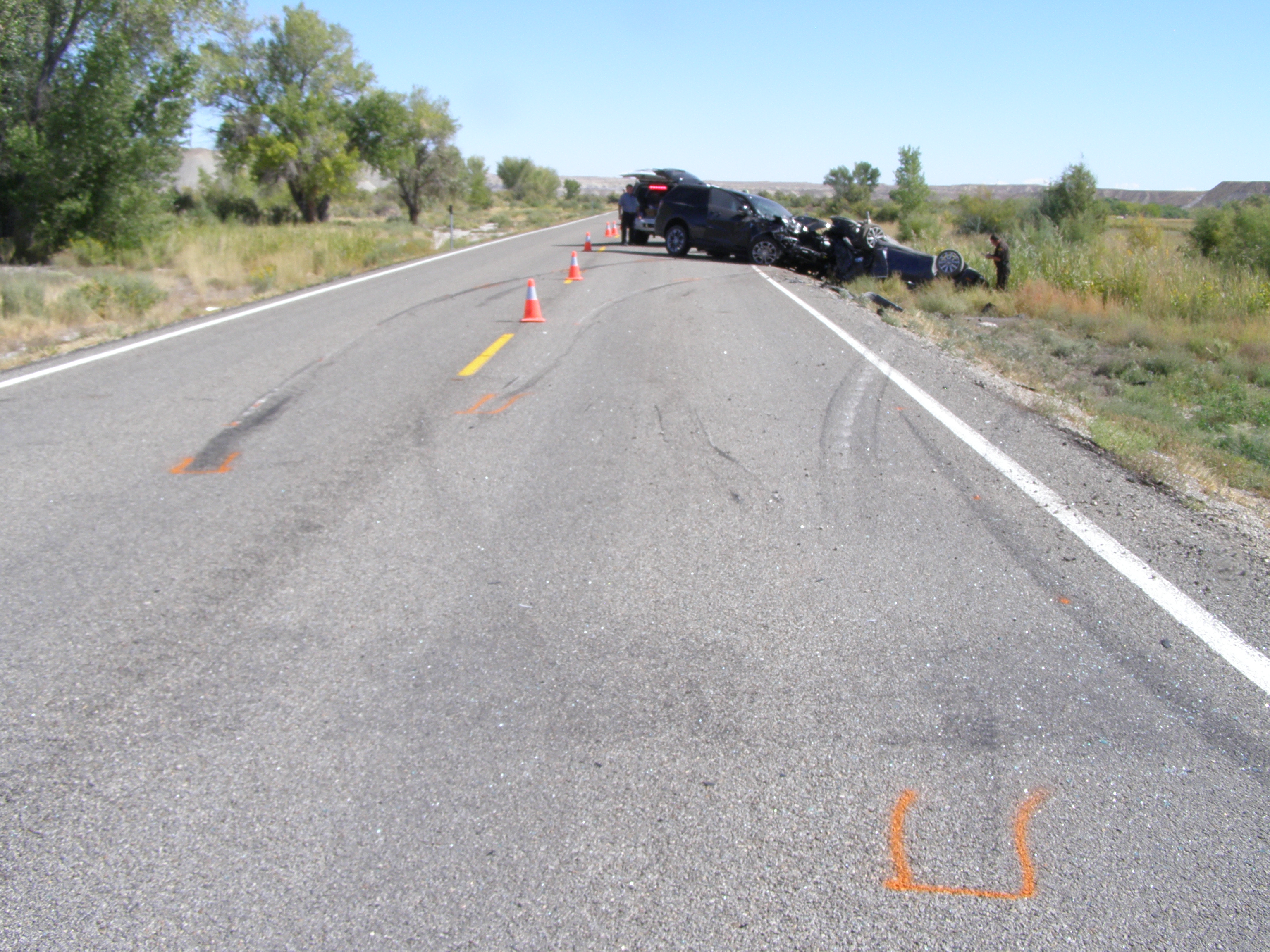