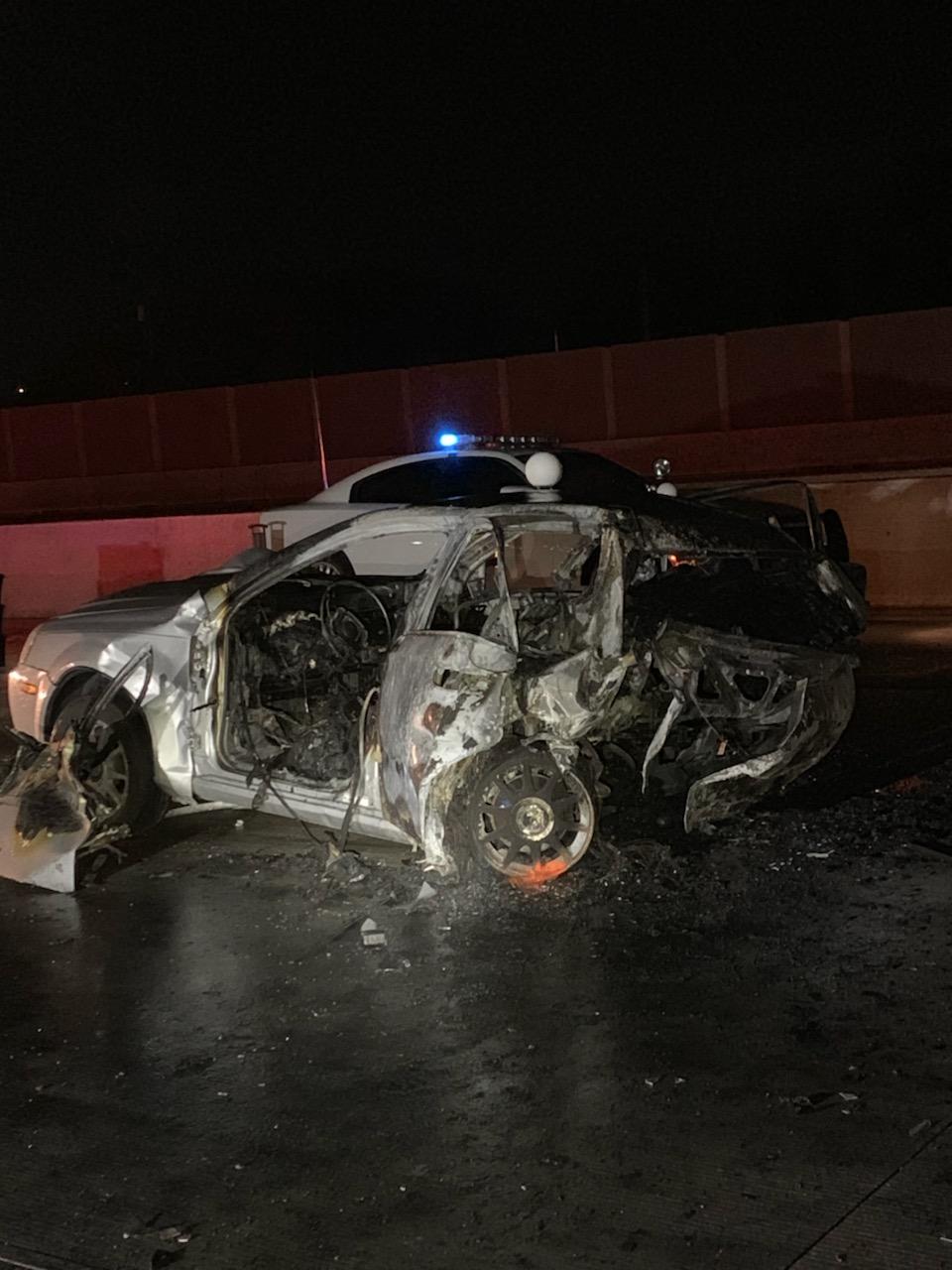 Notification Made By: Lt. Wade Breur
Section: 4 // District:
Date: 05-24-2019
Time: 22:47
Location: 3000 South I-215 W northbound
Mile Post: 18
Travel Direction: North
Initial Description:
On May 24, 2019, at approximately 2247 hours, dispatch received a call of a car fire on I-215 West northbound near 3000 South. Troopers arrived and determined the vehicle on fire had been struck as it was stopped in the number three lane of travel. It is possible the vehicle, a silver Suzuki Forenza, had an equipment malfunction and the driver stopped in the center lane. Preliminary investigation indicated a silver Honda Accord was changing lanes from right to left when it struck the disabled Suzuki. The Honda traveled off to the right side of the road and the Forenza came to rest in the number one lane of I-215 West. Moreover, the Suzuki ended up facing south and became fully engulfed in flames, causing fatal injuries to the driver and only occupant. The driver of the Honda sustained minor injuries and was not transported. Troopers and the victim’s advocates are working with the driver of the Accord and with the family of the deceased victim. Notification was made at approximately 2345 hours. I-215 West northbound was closed at 3500 South and remains closed.

Killed in the crash was was Mr. Luis E. Franco, 23, of West Valley City, Utah

I-215 West northbound was opened to traffic again at 0242 hours on Saturday morning.