On 11/20/2018, at 0221 hours, UHP dispatch broadcast a head on collision between two vehicles on southbound I-15 near 5300 South. While Troopers were responding to the accident, dispatch reported a caller stated one vehicle was traveling wrong way going northbound in southbound lanes. As Troopers arrived on scene, a gray Toyota SUV with heavy front end damage was in lane three of four general purpose lanes, facing southbound. A white Ford Econoline van was facing southbound straddling the right side jersey barrier, also with heavy front end damage. Medical personnel arrived on scene and advised both drivers were conscious breathing and alert. Both drivers were wearing seat belts and had to be extricated prior to being transported to IMC in critical condition. At least two witnesses on scene stated the gray Toyota SUV was traveling wrong way at freeway speeds just prior to the accident. The driver of the SUV smelled of alcohol and was subsequently arrested for DUI at the hospital. 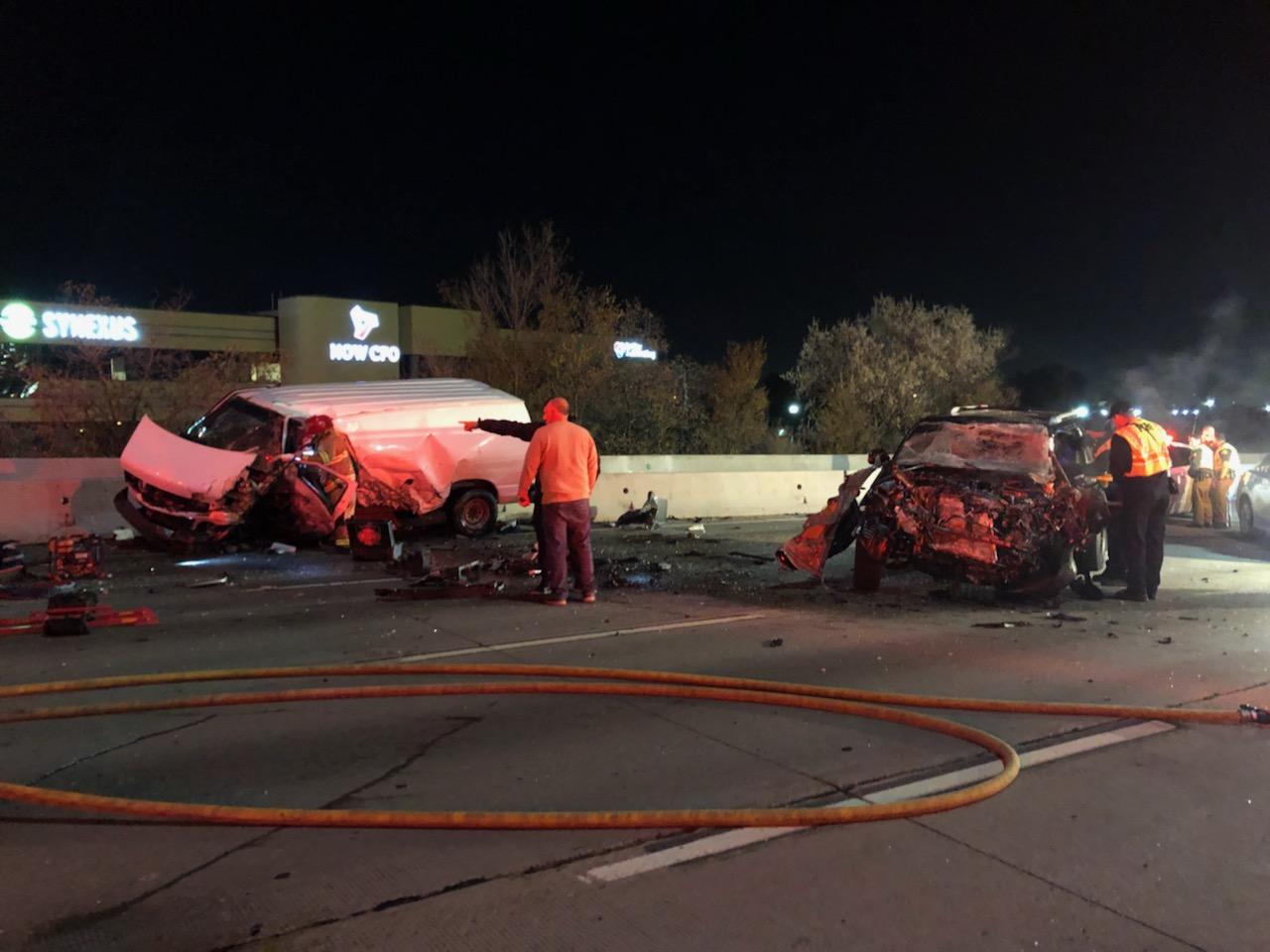 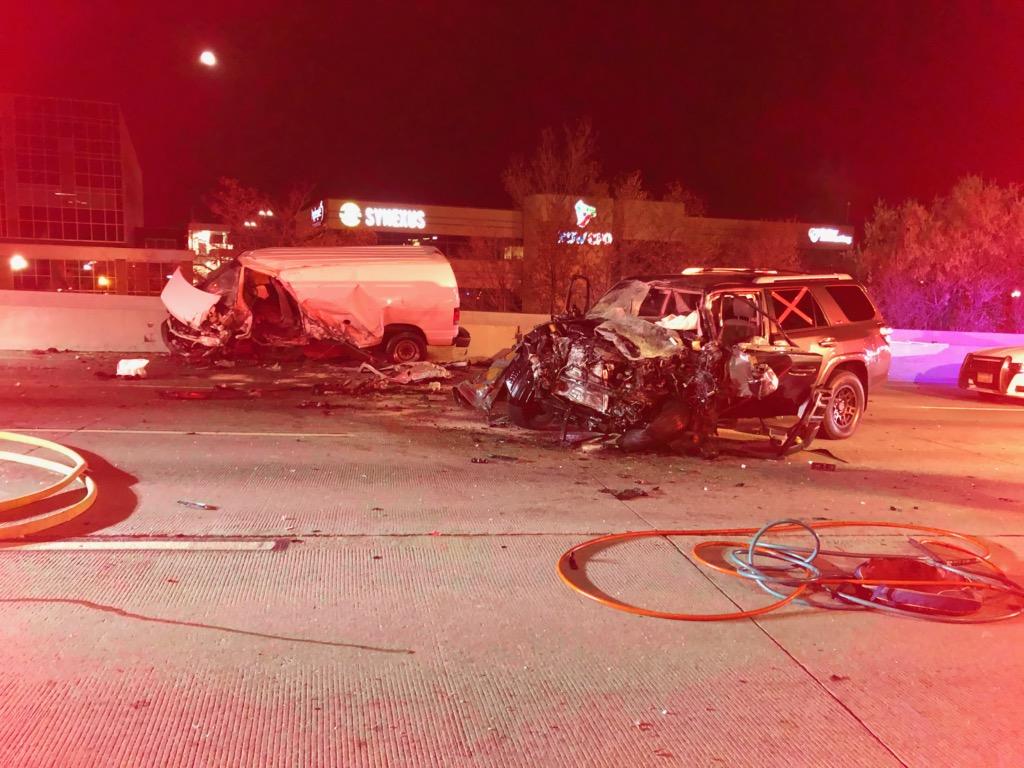