Details on the semi that crashed into a Wellington restaurant

On 1/16/2018, at approximately 0630 hrs, an eastbound tractor trailer was traveling too fast for existing conditions. The truck left the roadway where it collided with a restaurant. The restaurant was open for business and occupied by the owners. When Troopers arrived on scene the male owner was standing outside the collapsed building. He advised his wife was trapped inside. They called out to the female subject who advised she was uninjured. Officers entered the collapsed building, extracting the female subject. All three persons involved in the crash were transported to the hospital with varying injuries. Traffic on SR-6 in Wellington was diverted around the scene while power, gas, and tow companies assessed the damage caused by the crash. Electrical service and gas service will be lost to a large portion of Wellington. They will be closing the elementary school for the day. Town and county officials have been notified and are on scene. 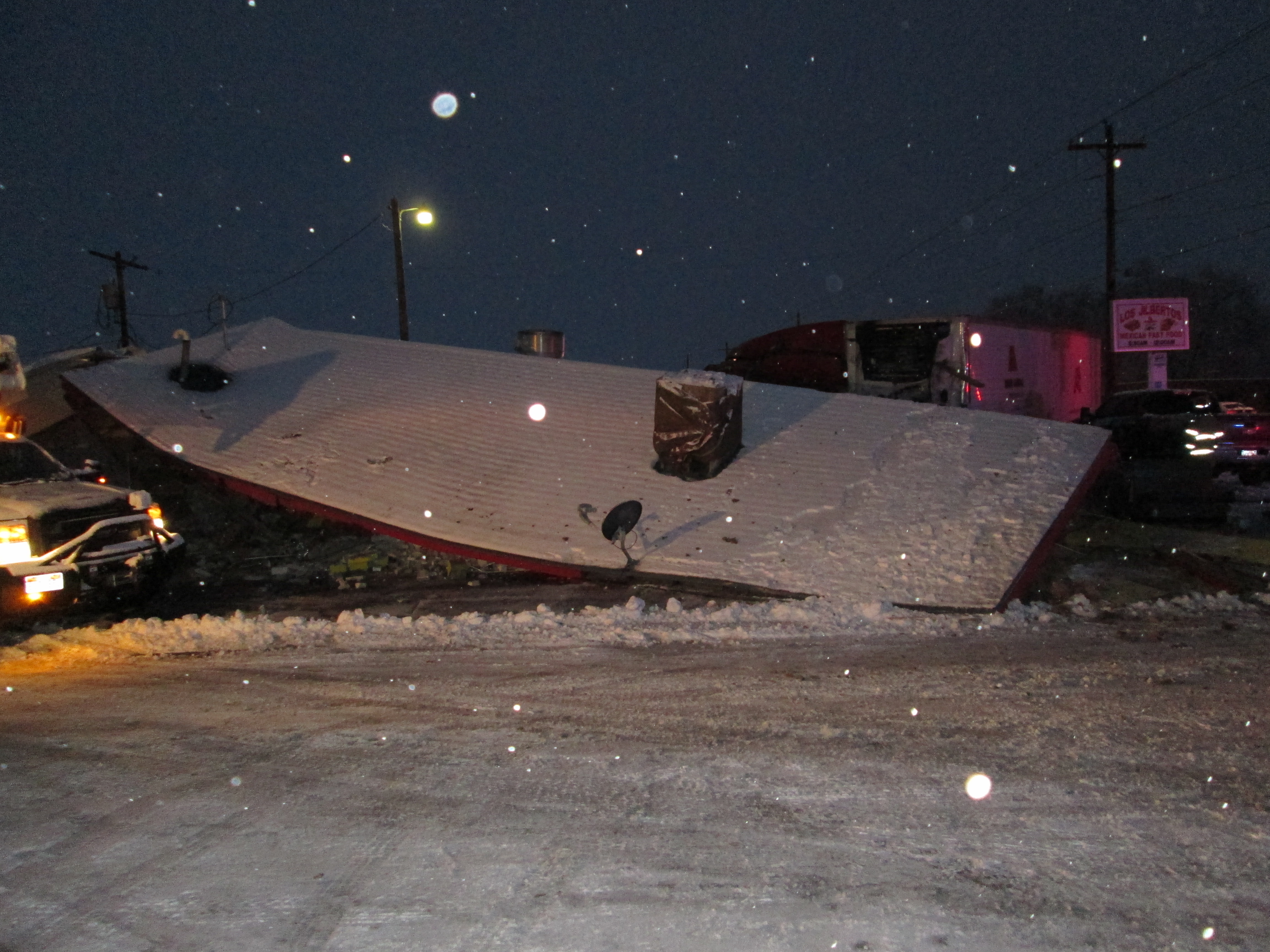 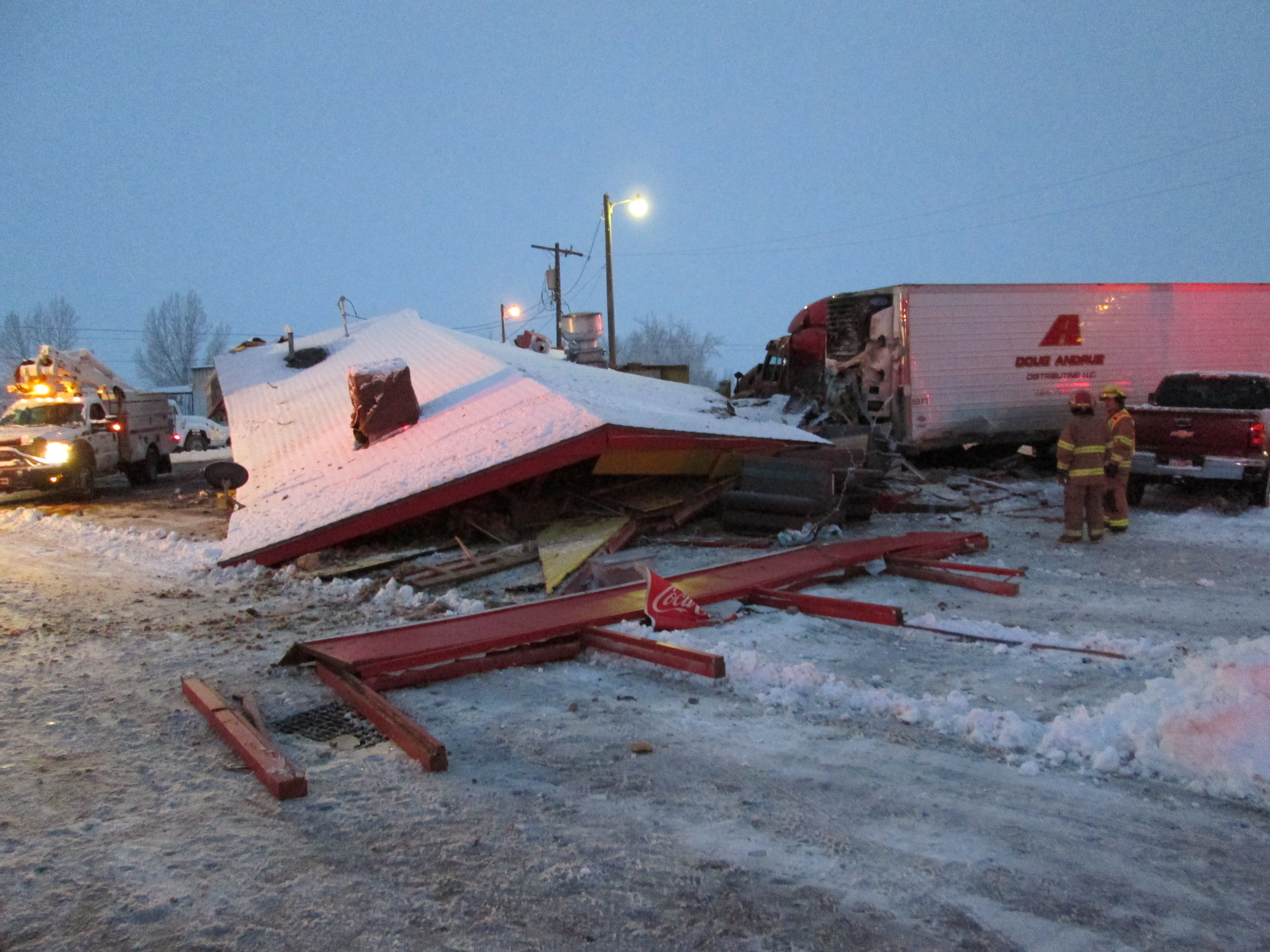 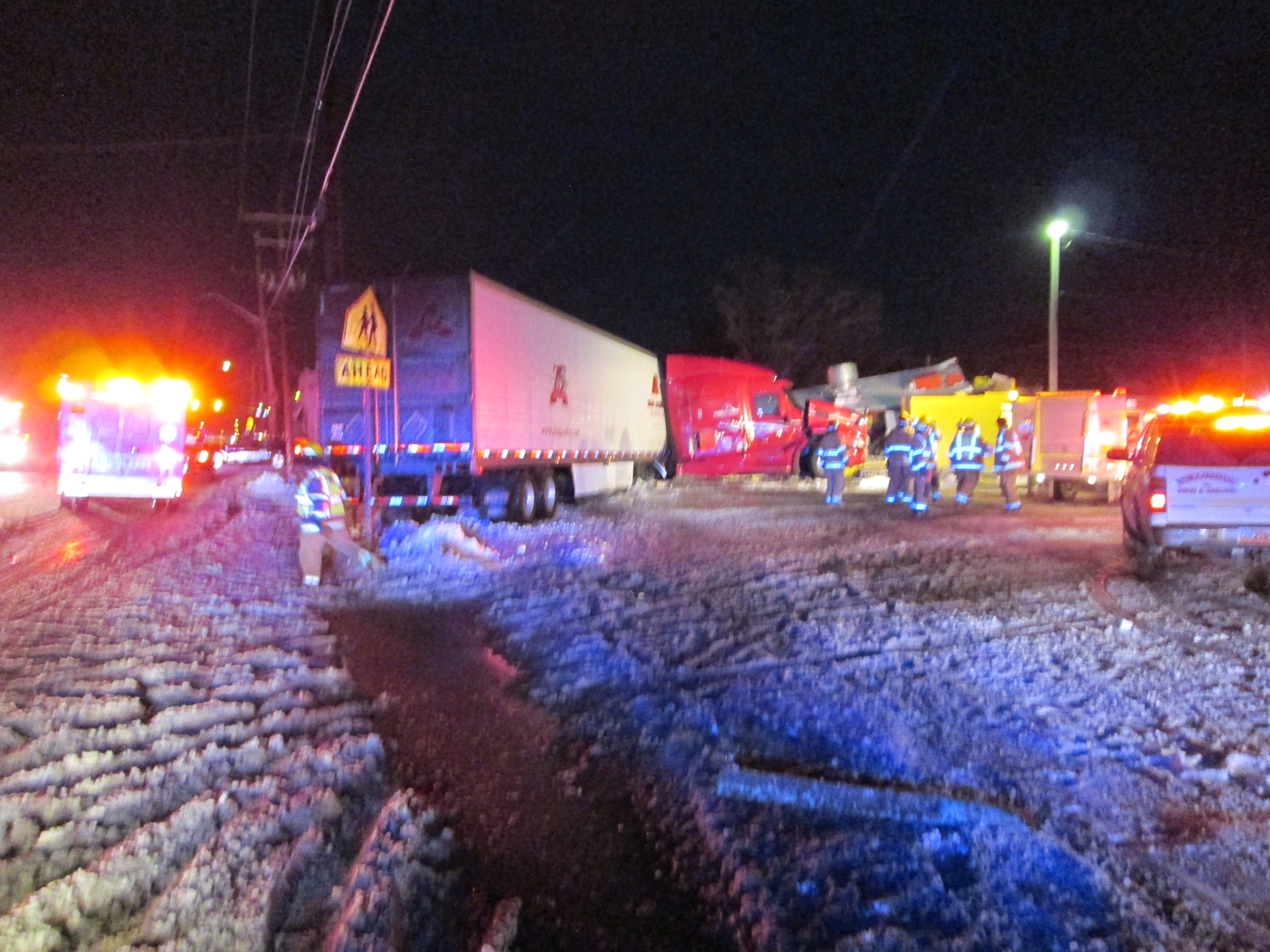 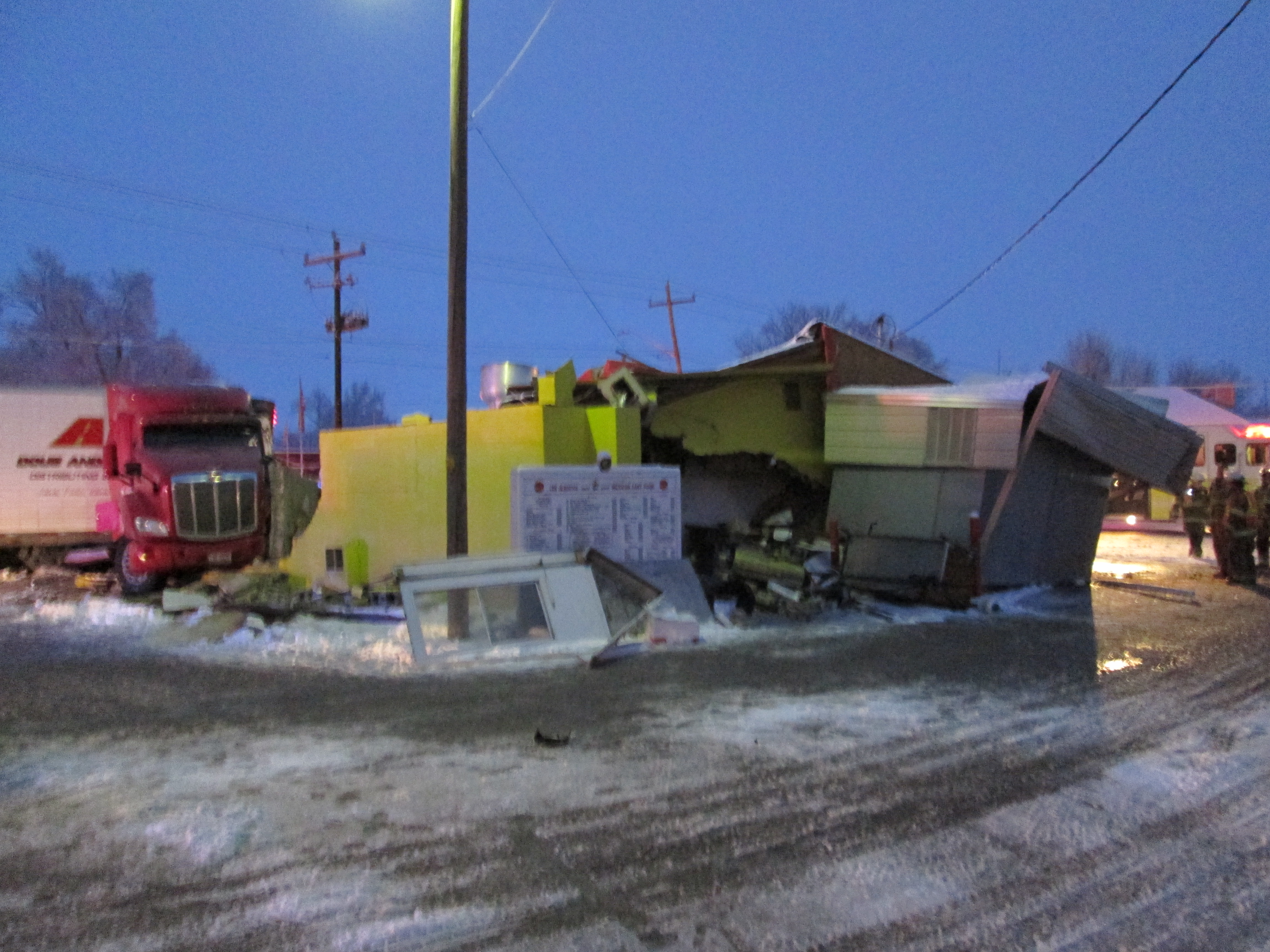