Crash with serious injuries near milepost 230 on northbound I-15

Initial Description:
A 2008 Chevrolet Malibu was northbound on I-15 in moderate to heavy traffic. The driver lost control and crossed the median and struck a southbound 2015 Audi. The impact caused the Malibu to break into 2 pieces. Most of the right side of the Malibu came to rest in the median. The left half that contained the restrained driver, flew across the southbound lanes and rolled over the top of a 2011 Hyundai Sonata. The Audi spun off the road and stopped on the west shoulder of the road. The red Sonata traveled down the road and stopped. It was occupied by 2 females. A Black 2015 BMW was struck by flying debris, causing moderate damage. All occupants were restrained. The injuries were mostly sustained by occupants of the Audi and Malibu. No injuries were reported in the BMW or the Sonata. No alcohol or drugs are suspected but speed is definitely a factor in the crash. Southbound I-15 was closed at MP 233 (the Mona exit) and rerouted through Mona and back on I-15 at MP 228.
I-15 reopened at 2115. 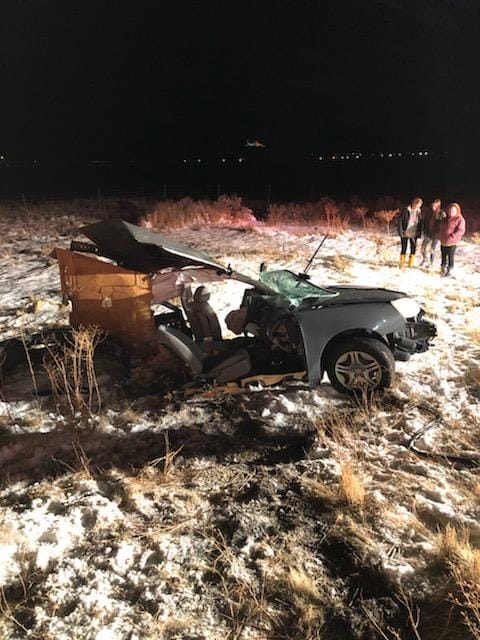 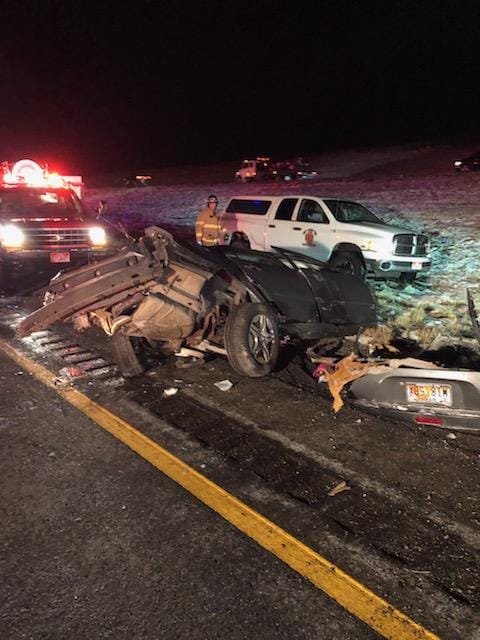 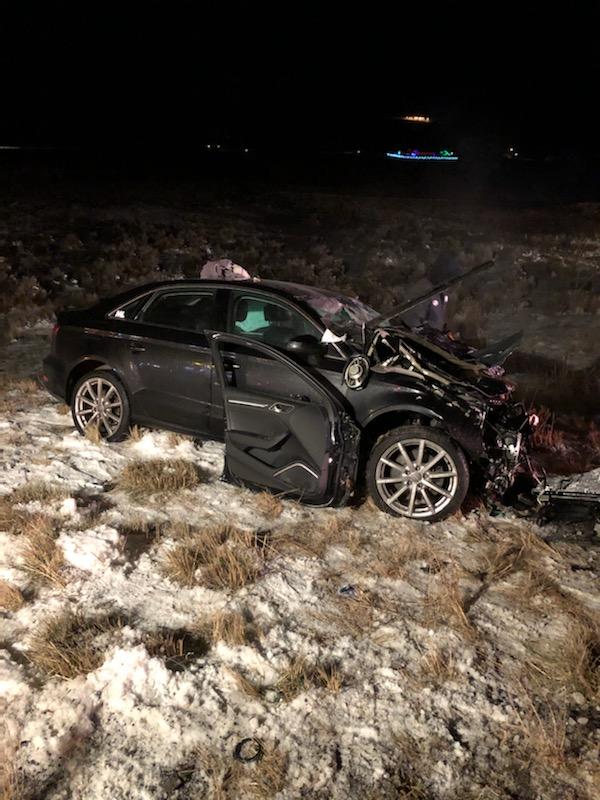 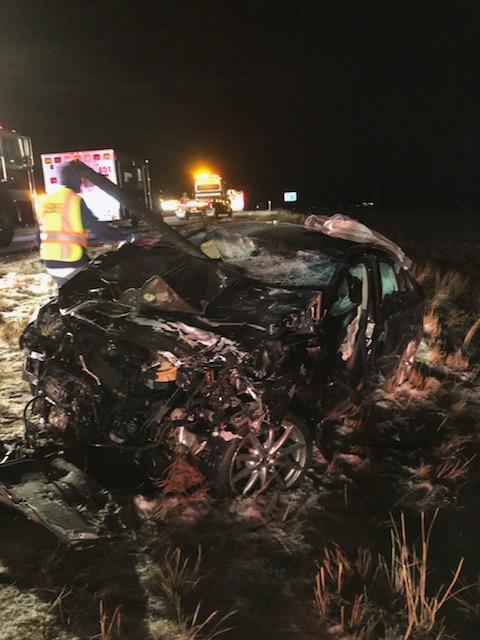