On Saturday, April 23, 2022 at 0506 hours, Two Washington County deputies were assisting the Utah Highway Patrol with an accident that had blocked lane three, northbound on I-15 near mile marker 38. The deputies were riding together and were sitting in their marked police vehicle in the lane closure waiting for the tow truck.

A semi-truck entered the lane closure and struck the rear of the marked Washington County police vehicle. Both deputies received non-life threatening injuries and were alert and talking to EMS personal. They were both transported via ambulance to a local hospital.

The crashed resulted in all three lanes of northbound I-15 being blocked. Traffic is currently being diverted onto the left shoulder. Drowsy/distracted driving is being investigated as the cause of the accident. 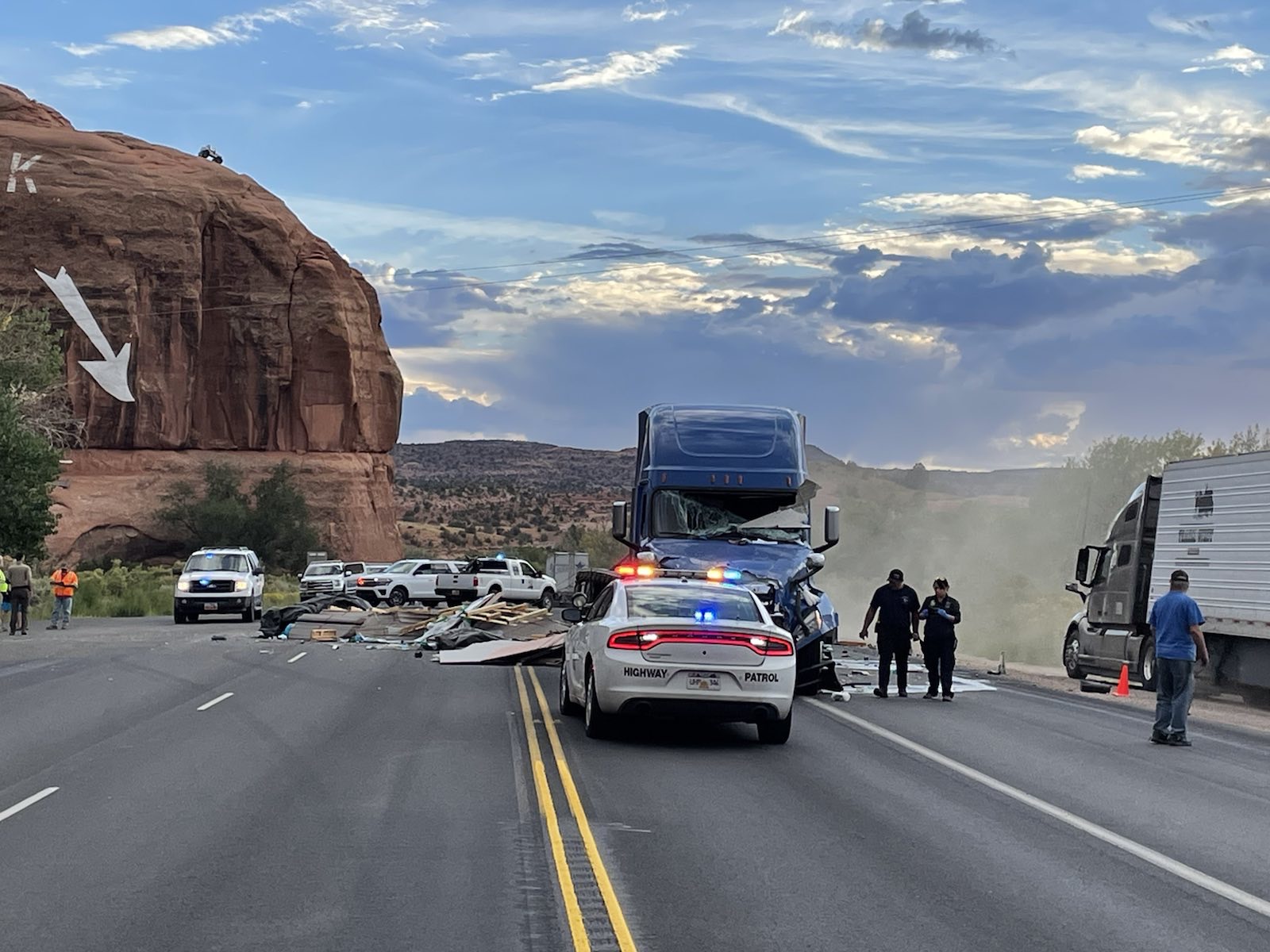