Around 6:00am, a tan Ford Ranger was traveling north on I-15 near mile post 143. The road curves gradually to the right, however, the driver continued in a straight line off the left side of the road. The driver over steered back to the right, crossing all travel lanes. Just prior to leaving the road to the right, the driver steered sharply back to the left and the vehicle began to roll. A teenage female was ejected through the rear window of the vehicle. The other two occupants were seat belted and remained in the vehicle. The driver was partially ejected through the frame of the door as it bent away from the body of the truck. All three subjects were fatally injured. 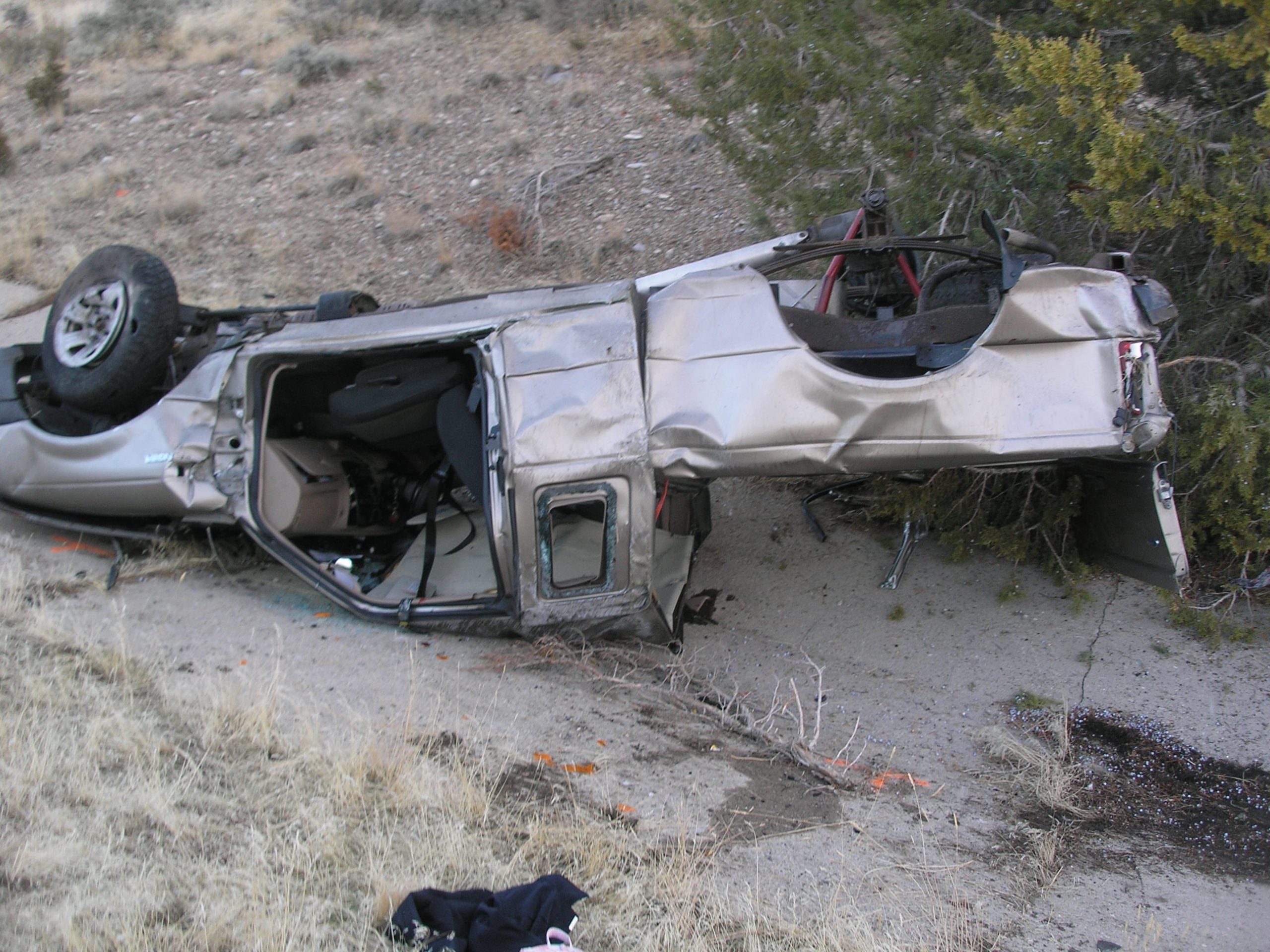