Utah Governor Gary Herbert and Lieutenant Governor Spencer J. Cox presented awards during the Governor’s Award for Excellence ceremony in the Capitol Rotunda on May 17, 2018.  The Governor’s Award for Excellence provides an opportunity for state employees to be recognized for outstanding public service and achievements that display dedication to the citizens of Utah.

The Governor’s Award for Excellence are presented annually to recognize the contributions of state employees in the categories of energy and environment, heroism, humanitarianism, innovation and efficiency, leadership, and outstanding public service. 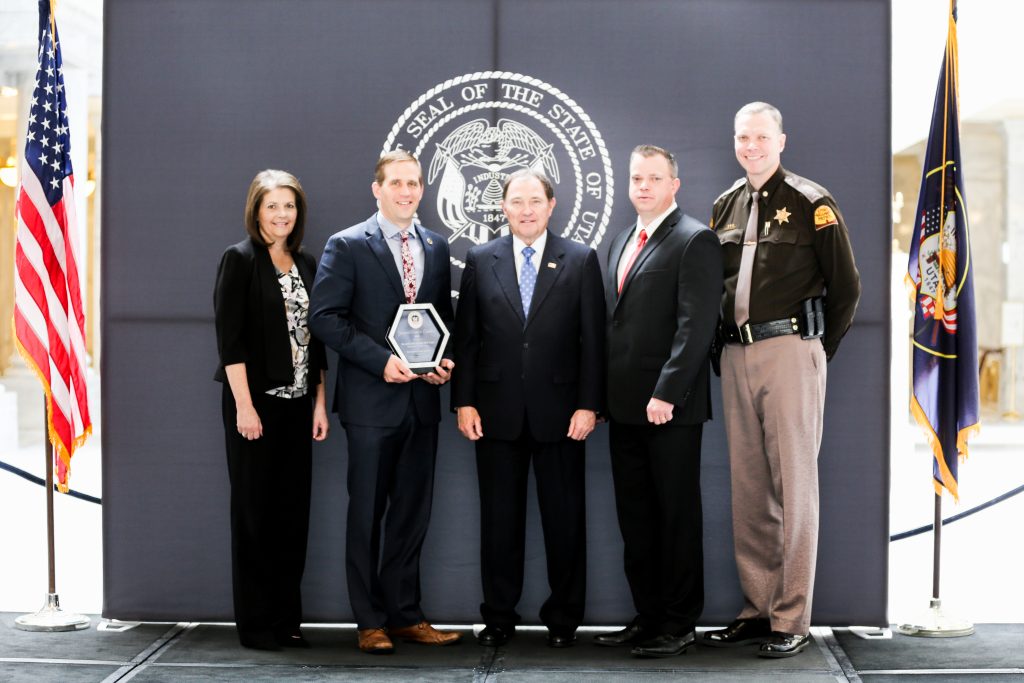 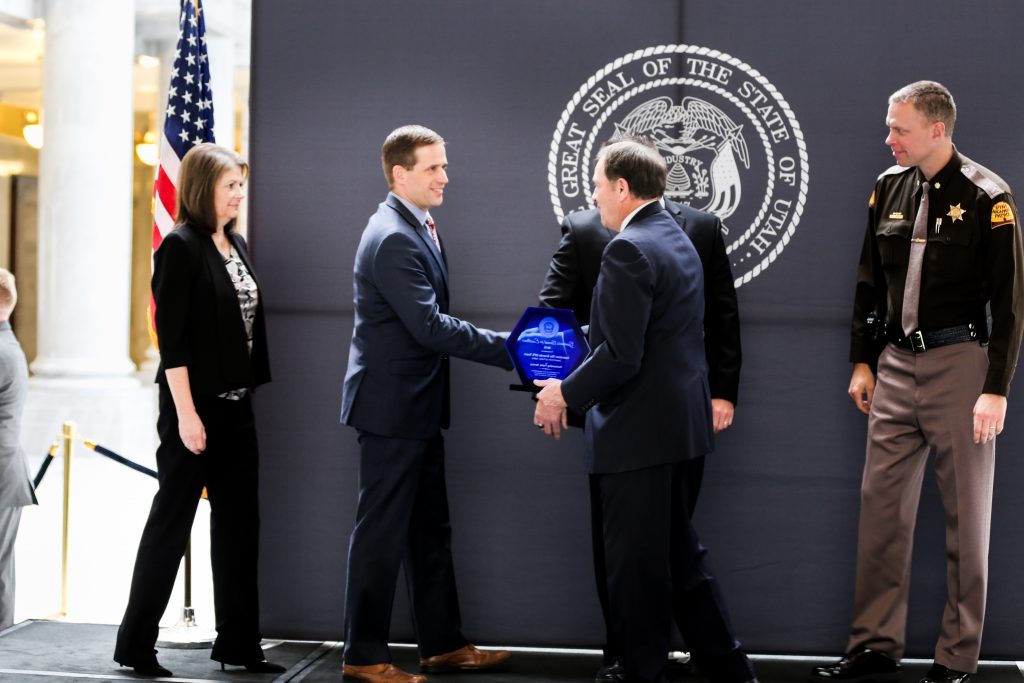 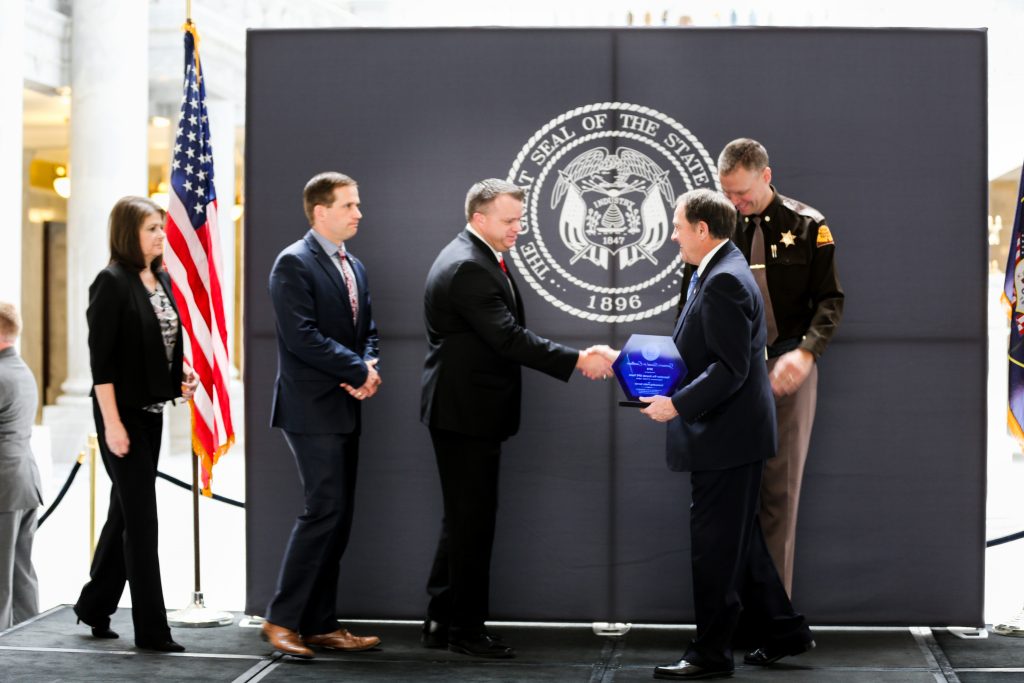 On August 14, 2017 we embarked on Operation Rio Grande alongside our state, county and city partners. Our Department’s goal was to improve public safety in the Rio Grande area. Department of Public Safety (DPS) Commissioner Keith Squires was appointed by the Governor’s Office to lead the law enforcement efforts during the Operation. In the days leading up to the launch of Operation Rio Grande, dozens of individuals were involved. Teams from multiple divisions within DPS participated- and are still involved- in the ground work and execution of Operation Rio Grande. But like any other successful team, three leaders rose to the top. Colonel Brian Redd, Major Jess Anderson and Major Tyler Kotter led the Department of Public Safety’s agents and troopers by example and have gone above and beyond their call of duty.

Colonel Redd was assigned by Commissioner Squires to lead the core aspects of the operation; from officer assignments to personal interaction with the individuals who call the Rio Grande District home. Redd organized monthly community town halls at local shelters and routinely met with his counterparts around the Salt Lake County. Reporting directly to Colonel Redd are Major Tyler Kotter and Major Jess Anderson. Each have had a distinct and critical role.

Major Anderson has led the Utah Highway Patrol portion of DPS’ effort during Operation Rio Grande. Anderson represents the men and women who are the ‘boots on the ground’ day in and day out. He also represents the three troopers who serve as our departments outreach team and the K-9 team who is solely dedicated to Operation Rio Grande. More than 45 troopers work within the district each day with the direction by Anderson to restore safety and deliver compassion to residents in the district.

Major Kotter represents the team of State Bureau of Investigation agents who have served more than 23 search warrants, multiple undercover operations and have seized dozens of pounds of drugs, confiscated weapons and counterfeit currency. Kotter has directed his agents to arrest and target the predators who have victimized homeless individuals for too long.

During this Operation, Colonel Brian Redd, Major Jess Anderson and Major Tyler Kotter have embody the true meaning of outstanding public service. They have selfishly given countless hours and heart to Operation Rio Grande. The work by our officers is making a difference. Without the leadership of Redd, Anderson and Kotter, the Rio Grande district would be a different place today.