Earthquake preparedness is good at any time

Though the global ShakeOut earthquake drill is today, Utah’s official day in in April. Here’s why. 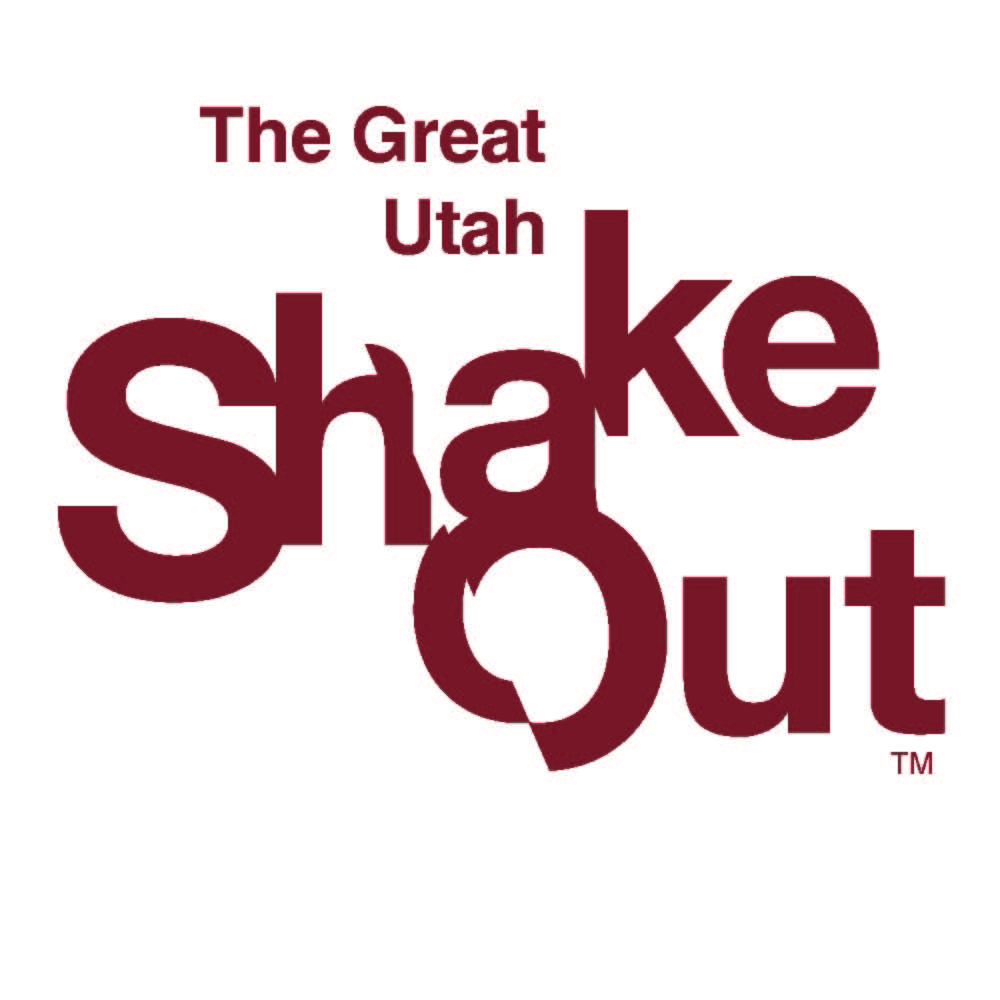 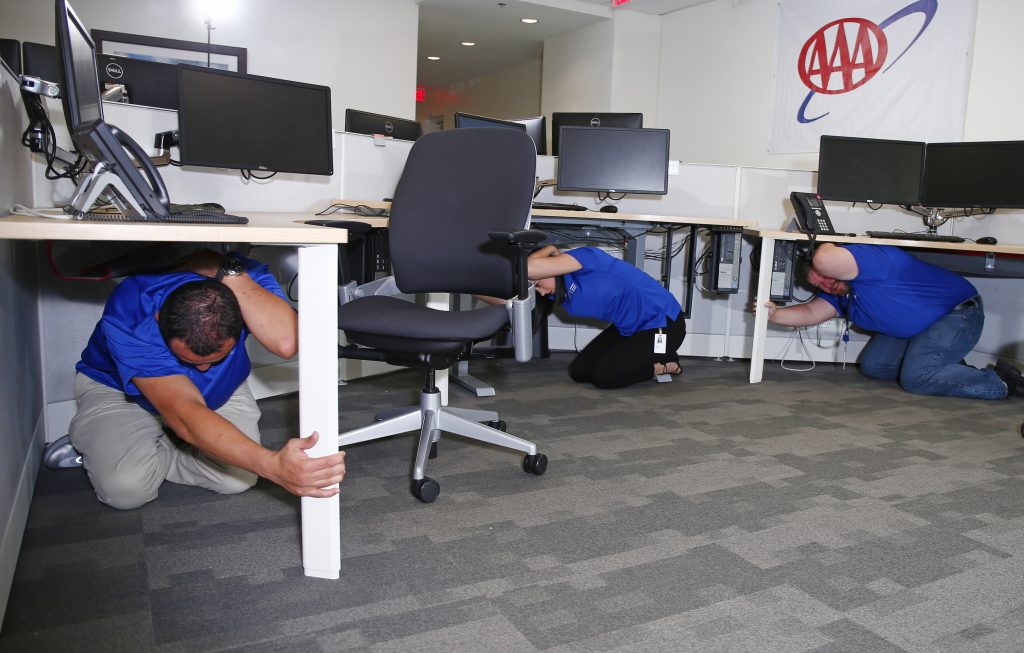 Employees of AAA Utah practice a Drop, Cover, and Hold On drill in preparation for the Great Utah ShakeOut Earthquake Drills annual day of action at the AAA Utah Member Center in Clearfield, Utah. (Jack Dempsey for AAA Utah)

When Utah signed onto the Great ShakeOut movement in 2010 with plans to hold our first drill in 2012, we knew we were doing something a little bit different. California, where the movement was born in 2008, has always done its earthquake preparedness drill on the third Thursday in October.

It’s a great time to a drill. Hot off of National Preparedness Month (September), their drill takes place right after preparedness efforts have been on people’s minds. It makes sense: talk about preparedness and then do something about it.

But Utah has a bit of a scheduling conflict on the third Thursday on October. Normally, the Utah Education Association holds an annual conference and schools around the state close for a fall break.

One of the keys to a successful ShakeOut drill, or any emergency preparedness, is involving children and students. Closed schools means no participating children.

So we wish the world all the success in practicing for an earthquake today. No one is immune from earthquake risk, including Utah. We have about 800 earthquakes a year and Mother Nature has given us plenty of time to prepare.

See what a major earthquake would do to the Wasatch Front here. The stats from this video are based on scientific modeling of the Wasatch Fault and the surrounding infrastructure and homes:

One other bit of preparedness history, Utah’s April earthquake prep actually predates the ShakeOut by years. For many years, our earthquake program manager, Bob Carey, has used a week in April as “Earthquake Preparedness Week.” So our ShakeOut date in April is part tradition and part logistics.

But at any time of year, we hope you’ll still take preparing for earthquakes seriously. Our Division of Emergency Management, which promotes the ShakeOut each year, tells us that Utah has a 57 percent chance of a magnitude 6 or greater earthquake in the next 50 years. That’s within many of our lifetimes.

Learn how to prepare for earthquakes at DEM’s Be Ready Utah website and register for the next Utah ShakeOut, happening April 18, 2019.

Joe Dougherty is the public information officer for the Utah Division of Emergency Management.
jdougherty@utah.gov